ConservativeBlog.org
Posted at 12:59h in Articles, Blog by Amy Ridenour 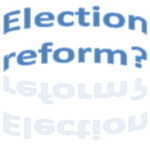 Writing over at the Outside the Beltway blog, Doug Mataconis has opined that “Allocating Electoral Votes By Congressional District Is A Bad Idea“:

For many years, and in many posts at my personal blog and here at OTB, I was a supporter of the District Method of allocating Electoral Votes. However, it’s become clear to me that, at least in our current political climate, this simply isn’t a viable or appropriate way to allocate votes in the Electoral College. The primary reason for that, of course, is the fact that so many of our Congressional Districts have been drawn in such a way that they are essentially noncompetitive for the opposition party. Late last month, I took note of a study that found that the number of “swing” Congressional Districts had dropped from 103 in 1992 to just 35 in 2012, while the number of “safe” seats for both parties had increased to nearly 80% of Congressional seats. While there isn’t always a correlation between how a district votes for Congress and how it votes for President, it’s becoming increasing rare for ticket splitting of the type that made Ronald Reagan’s landslides in 1980 and 1984 possible to take place. As long as Congressional District lines are drawn in a manner that protects party interests, using those lines to allocate Electoral Votes strikes me as an incredibly bad idea.

Further confirmation of just how bad the District Method actually is can be found in this study which finds that, had the method been in place in all 50 states this past November, Mitt Romney would have won the election despite losing the popular vote by some five million votes…

On the first point, Congressional District lines have always been drawn according to political interests, at least to some degree. There’s a reason gerrymandering is named after a politician from the 18th Century. So it’s a little odd that Doug ever supported allocating electoral votes by Congressional District if this is his concern. The real question from a fairness point of view is whether the various political parties have an equal chance at winning the state houses and governorships that control how Congressional Districts are drawn. They do.

The second point is Doug’s claim that Romney would have won the 2012 presidential election had this system been in place at that time. But that’s unknowable. President Obama’s re-election campaign strategy, which famously included a very effective get-out-the-vote (GOTV) effort, was based on the system we have right now. It presumably would have been similarly effective had the campaign been targeting districts here-and-there instead of states here-and-there.

I know liberals will say that GOP gerrymandering (as if that’s the only kind we have) would make that harder, but how do they know that instead of GOP districts giving Romney an edge, that the Obama campaign doing GOTV on the congressional district level would not have led to more Democrats winning Congressional seats?

In a 2011 New York Times column, Nate Silver addressed a similar issue, that of whether Al Gore would have won in 2000 if we did not have the Electoral College:

…Mr. Gore would have won the election if not for the Electoral College, right?

Actually, not so fast.

Presidential campaigns strive to maximize their chances of winning the Electoral College. They devote more resources — advertising dollars, field offices, candidate visits, and so forth — to states that might be decisive in determining its outcome.

We can see some tangible effects of this in 2008, when Barack Obama — who had much more money and much better field operations than John McCain — over-performed in swing states relative to non-competitive ones.

In the closing months of the campaign, the Obama campaign was concentrating its efforts in 15 states, plus the Second Congressional District of Nebraska (which awards one electoral vote to the candidate that wins it regardless of statewide results).

Nationally, Mr. Obama improved on John Kerry’s performance by a net of 9.7 percentage points. But in these swing states, he improved on Mr. Kerry’s numbers by an average of 13 points…

…Now back to 2000. In that year, Mr. Bush was generally regarded as having the sorts of resource advantages that Mr. Obama had in 2008: more money, more volunteers, and better voter-targeting efforts.

Mr. Bush, evidently, deployed those resources efficiently from the standpoint of winning the Electoral College. But had there been no Electoral College, these advantages would have helped him to maximize his share of the popular vote instead.

Whether this would have been enough for him to close his 540,000 vote deficit with Mr. Gore is hard to say. But the Electoral College can cause significant enough distortions in turnout and strategy that this should be regarded as an unresolved question. The popular vote results that emerge from a universe like ours in which the Electoral College does exist are not quite the same as the ones we’d see in a world where it didn’t.

As I wrote on January 26, I believe it is impossible to know which candidates and which parties would benefit in the short term from such a change, and I think, over time, that any advantages and disadvantages between the parties, to the extent they exist, would even out.

I find something Doug Mataconis wrote favoring the allocation of electoral votes by Congressional District in 2007 to be very persuasive:

…there is much about this proposal that is worthy of consideration.

First of all, it maintains the Electoral College’s purpose of balancing large states against small ones, and regions against regions while at the same time addressing one of the biggest criticisms of the way that we elect Presidents. By tying at least one electoral vote in each state to a Congressional District, the proposal would put nearly every state into play in a Presidential election. Yes, the proposal would benefit Republicans in California, but it would also benefit Democrats in states like Florida and Texas. In the end, the benefits would probably balance themselves out across the nation, and candidates would be forced to run a campaign that addresses the country as a whole, rather than one that merely focuses on a few big states.

Second, unlike the NPV, the Congressional district allocation method has been tried before, and works. Both Nebraska and Maine have had this system in effect for several years and it’s worked just fine.

Finally, unlike the NPV, the Congressional district allocation method is completely constitutional. The Constitution leaves to the individual states the method by which Electoral Votes are allocated.

As I’ve said before, I don’t think that the Electoral College is as broken as some people think it is. In it’s 200 year history, there have been only three occasions where the Electoral College winner did not also win the popular vote, and only two where no candidate got a majority of Electoral College votes, requiring the House of Representatives to choose the President. In some sense, if it ain’t broke, don’t fix it. But, if reform is considered at all, the District Method seems to be the way to go.

Allocating electoral votes by Congressional District would make presidential campaigns about the entire country instead of mostly a few states. For that reason alone, it is worth serious consideration, especially if the only reason to oppose the idea is a partisan concern that, if it exists at all, evens out completely over time.