ConservativeBlog.org
Posted at 02:06h in Blog, Health by David Hogberg 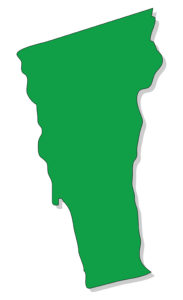 Here are some of the examples the Vermont exchange provides of the premiums people will pay after the tax credits kick in.  Keep in mind that the ObamaCare penalty for not buying coverage is $695 or 2.5% of one’s income*, whichever is higher.:

2. According to a Vermont Exchange press release, “a family of four with a household income of $75,000 per year will pay a little under $600 per month for family coverage with a federal premium tax credit. This is compared to over $900 for the lowest cost small group plans available today.”  The Exchange forgot to mention that also is compared to the $1,875 penalty which is about $5,325 less than the $7,200 that family will be paying for coverage annually.  In this case, ObamaCare not only incentivizes the family to forego insurance, it incentivizes the parents to teach the children that it’s best to wait until you get sick to get coverage.  Who says family values are dead?

For more on the fiasco that is the individual mandate, see this excellent post by Avik Roy from July of last year.

UPDATE:  My statement that “guaranteed issue…means that an insurance company must sell [a consumer] a policy at anytime” is too broad.  Rather, under ObamaCare, they must sell him a policy during the open enrollment period, which in most years will run from early October until mid-December.  There are a few exceptions to that.  For more on the guaranteed issue rules, see this blog post at Health Affairs.