ConservativeBlog.org
Posted at 12:22h in Blog, Health by David Hogberg

Over at the Cato Institute, Michael Cannon writes that a new study in the New England Journal of Medicine, “throws a huge ‘STOP’ sign in front of ObamaCare’s Medicaid expansion.”  Aaron Carroll and Austin Frakt disagree, saying that the study “didn’t show that Medicaid harms people, or that the ACA is a failure, or that anything supporters of Medicaid have said is a lie.”   So who’s correct? 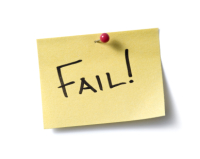 First to recap, here’s Phil Klein’s great description of it:

In 2008, Oregon expanded its Medicaid program, but because the state could not cover everybody, lawmakers opened up a lottery that randomly drew 30,000 names from a waiting list of almost 90,000 and allowed them to apply for the program. This created a unique opportunity for health researchers, ultimately allowing them to compare the health outcomes of 6,387 low-income adults who were able to enroll in the program with 5,842 who were not selected.

The NEJM study found no improvement in the Medicaid population relative to the control population on measures of blood pressure, hypertension, cholesterol or glycated hemoglobin (a symptom of diabetes.)  It did find higher diagnoses of diabetes, improvement in depression, a drop in catastrophic costs, and mixed evidence on the use of preventive care.

Carroll and Frakt cite some of the latter as reason to continue the Medicaid expansion under ObamaCare (at least, that seems to be their implication.)  Let’s look at some of their arguments:

But this finding raises more questions than answers.  What caused the drop in depression among those on Medicaid?  It doesn’t appear to be medication use, as that was not quite significant.  Do people simply become less depressed when they get health coverage?  And, if so, how serious is the depression to begin with?  Maybe it is, maybe it isn’t.  Surely, though, there are better ways to help their depression than putting them on a program as expensive and inefficient as Medicaid.

Preventive care matters. We’ve been cautious about the ability of prevention to save money. But some preventive care improves outcomes. More people on Medicaid got colonoscopies, cholesterol screenings, and prostate cancer screens (whether or not you support them). The percent of women over 50 who got mammograms doubled from 28.9% to 58.6%. Results once again weren’t always “statistically significant”, so people can claim “Medicaid failed”. But colonscopies in people over 50 went from 10.4% to 14.6% (p=0.33). Failure?

Sorry, but 0.33 is not statistically significant—that is, not any different than the control group.  The standard is .05, and Carroll and Frakt know that.  So, yes, that is a failure.  Medicaid also failed to achieve significant improvements in fecal occult-blood tests in people over 50 or flu shots in people over 50.  It did achieve a significant increase in cholesterol screening, pap smears, mammograms in women over 50 and PSA tests in men over 50.  As noted about, results for preventive care were mixed.

But if cholesterol screening did increase under Medicaid, why was there no improvement in lowering cholesterol levels?  In part because their was no improvement in use of cholesterol lowering drugs.  Why not?  Probably because that requires follow-up from physicians to remind people to take their drugs regularly.  And Medicaid’s reimbursements rates are seldom enough to even cover the cost of a doctors visit and testing, let along follow up.

Medicaid reduced the number of people in the worst shape—catastrophic expenses—by almost 4.5 percentage points.  But only 5.5% of the control group were in that category to begin with.  As Michael Cannon notes, “If Medicaid partisans are still determined to do something…they could design smaller, lower-cost, more targeted efforts to reduce depression and financial strain among the poor.”

One other point that Frakt and Carroll do not bring up.  Regarding the improvements in diabetes diagnosis and use of diabetes medication—how does one square those results with the fact that glycated hemoglobin levels failed to improve among those with Medicaid?  For starters, medication usage among diabetics only improve about 5.4 percentage points.  Perhaps a much bigger improvement in medication use is needed before hemoglobin levels improve.  Next, diabetics often need a lot of education on their condition, coordination of care, and reminders to take their medication.  As I noted above Medicaid’s reimbursement rates don’t even pay enough to cover the cost of the doctors visit.

Frakt and Carroll seem to be engaging in a bit of bad faith when they say, “If they’re arguing that insurance coverage shouldn’t be accessible to poor Americans in any form, we don’t agree.”  It was wise of them to put the “if” at the beginning of the sentence, because who is arguing that?  Certainly not Cannon or Phil Klein or anyone else I can think of—and not me either.  Perhaps they could point to someone who is actually saying that.

Finally, Frakt and Carroll say, “If they are arguing that Medicaid needs to be reformed in some way, we’re open to that.”  Good that they’re open to that, but are we likely to get reform if states go ahead with Medicaid expansion and get dependent on the federal dollars, or if they don’t?   Once its expanded, the interest groups that depend on those dollars fight tooth and nail against reform.  That’s what has made it so difficult to turn the program into block grants in recent years.