ConservativeBlog.org
Posted at 09:27h in Blog, Health by David Hogberg

A previous blog post pointed out that one of the drawbacks of any government-run health-care system is that the care you get will depend in part on how much political power you have.  This is particularly bad news for those who are really sick.  They tend to lack political clout because: 1. The very sick are relatively few in number, which means they amount to a very limited number of voters, too limited to have much impact on elections; and 2. They are too sick to engage in the type of political activities such as organizing, protesting, etc., necessary to bring about change in health care policy. 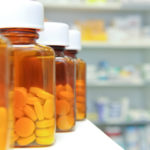 Apparently some people who need expensive “specialty drugs” are about to find that out the hard way under ObamaCare:

To try to keep premiums low, some states are allowing insurers to charge patients a hefty share of the cost for expensive medications used to treat cancer, multiple sclerosis, rheumatoid arthritis and other life-altering chronic diseases.

Such “specialty drugs” can cost thousands of dollars a month, and in California, patients would pay up to 30 percent of the cost. For one widely used cancer drug, Gleevec, the patient could pay more than $2,000 for a month’s supply, says the Leukemia & Lymphoma Society.

It’s not entirely clear how many people take specialty drugs.  The best statistic appears to come from this study by the Center for Studying Health System Change which estimates that “specialty drugs are prescribed for only one in every 100 commercial health plan enrollees.”

To apply that to enrollees in the exchanges, we’ll add the number of people who, according to the Census Bureau, bought their insurance directly (i.e. didn’t get it from their employer) to those who are uninsured. The first is about 30,244,000 and the second is 48,613,000 for a total of 78,857,000.  One in 100 of those equals 788,570, and that is how we get a rough estimate of the number of people in the exchanges who will need specialty drugs.*

So, how much political power is that?   Well, divide it by 435 House Districts and you get about 1,813 potential voters.  Most House elections are decided by margins considerably larger than that.   Divide it by 50 states and you get about 15,771 votes.  In 2012 only two Senate elections, North Dakota and Nevada, were decided by margins less than that.

And forgive me for repeating myself here, but let’s not forget that people aren’t taking specialty drugs unless they’re quite ill.  That means they probably aren’t organizing get-out-the-vote drives, protests, lobbying efforts, etc.

We’ll be seeing a lot more of this in ObamaCare in the months and years to come.

*Of course, not all of those people will go into the exchanges.  Even with the exchanges, the Congressional Budget Office estimates that about 30 million will remain uninsured.  The analysis also assumes that the uninsured will use specialty drugs at the same rate as those who have coverage, which may not prove to be the case.  What that means, however, is that even fewer people on the exchanges will use specialty drugs, thereby reducing what little political clout they have even further.