23 May 2013 Nice Try Democrats, But Oregonians Will Experience ‘Rate Shock’

ConservativeBlog.org
Posted at 08:53h in Blog, Health by David Hogberg

Democrats on the Energy and Commerce Committee have released a report refuting “rate shock,” the claim that the costs of premiums on the exchange will be much higher than they currently are in the individual market. The poster-boy of the report is the Oregon exchange, for which the authors claim: 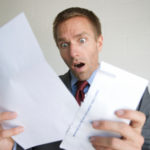 Virtually all purchasers will have the option of switching to a lower-cost plan. Under the Affordable Care Act, consumers can use the new health insurance exchanges to switch easily to a new insurer while still maintaining key benefits and protections. This provides an opportunity for consumers to save money by shopping for the plans with the lowest premiums or best benefits for them. On average, current purchasers in Oregon could reduce their premium by an average of 32%, saving $1,370 annually, by switching from their current bronze-comparable plan to the lowest cost bronze plan in 2014. Current purchasers of silver-comparable plans could reduce their premiums by an average of 24%, saving $1,200 per year, by switching to the lowest cost silver plan in 2014. In both cases, consumers would be paying lower premiums and receiving higher quality coverage.

The Democrats’ study is comparing proposed bronze plans to ones that are currently in the market and have similar in benefits.  In other words, an apples-to-apples comparison.  However, that fails to look at the entire picture.  Some people have lower cost oranges.  What happens to them when they have to switch to higher cost apples?

For example, under the proposed plans for the Oregon Exchange, the cheapest bronze plan for a 21-year-old has a monthly premium of $132.  Using HealthCare.gov, one can find the current insurance options for a 21-year-old Oregonian.  That reveals 82 plans that are cheaper than the bronze plan on the exchange.  This table shows the ten cheapest options:

All of these plans come with lifetime coverage limits which will be illegal under ObamaCare come 2014.  So anyone having one of these plans will have to switch to more expensive insurance.

Of course, that is without the tax credit subsidy.  For the 21-year-old male with the $36 plan, the tax credit will have to cover about 73%—about $96—of the bronze plan’s monthly premium for him to break even.  Using the subsidy calculator at the Kaiser Family Foundation, it is possible to figure out what income one has to make to qualify for a subsidy that will cover 73% of a bronze plan.  According to the KFF calculator, the highest income a 21-year-old can have to qualify for that level of subsidy is $21,436 annually.  Anything over that, and he pays more to move from the lowest cost plan in the current market to the lowest cost bronze plan on the exchange.

Or look at a 40-year-old male.  The lowest cost bronze plan on the Oregon exchange is $169 a month.  Looking on HealthCare.gov, there are 28 plans in Oregon at present that are cheaper than that.  The following table again shows the cheapest ten.

The cheapest has a monthly premium of $73.  To move from that to the $169 bronze plan is an increase of about 132%.  A 40-year-old with the current $73 plan will need a subsidy that covers 57% of the bronze plan premium to break even.  The KFF calculator shows that $27,274 is the highest income a 40-year-old can have to qualify for a subsidy that is 57% of a bronze plan.  If he earns more than that, his rates are going up.

Thus, to get a fuller picture of the impact of the exchanges, we first need to know how many people are currently in plans that cost less than what is offered on the exchange.  Then we must figure out how how many of them will pay more for the exchange insurance after their tax subsidy is accounted for.  That will give us a much better idea of “rate shock.”   Someone needs to do that study—just don’t hold your breath waiting for the Democrats on Energy and Commerce to do it.