27 Jun 2013 Some Thoughts on the Votings Rights Act, Voter ID and Continuing Racism Within the United States

ConservativeBlog.org
Posted at 01:03h in Blog by Amy Ridenour 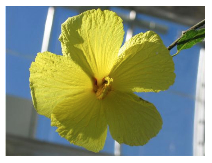 Cal Thomas’ national column this week has my favorite quote from anyone, anywhere about the Shelby County Voting Rights Act decision handed down by the Supreme Court Monday.

“This ruling recognizes that people can change, that America has changed and that a law that presupposes guilt must be reformed to reflect the beauty of human nature.”

I’m happy to say the quote comes from Cherylyn Harley LeBon, co-chairman of Project 21. What I like about it is that it zeroes in on the good news; the news to celebrate, about this decision. As happy as we are that the ruling stops injustice, and will make it much harder for Eric Holder to abuse the Voting Rights Act in pursuit of his personal political beliefs, the #1 thing to celebrate here is that America truly has changed.

When the Voting Rights Act was passed, there were sections in this country in which local governments would pass a law that intentionally and openly blocked blacks from voting through the use of some stratagem. They did so knowing the law would be successfully challenged in court (aka, they knew it was unconstitutional when they passed it). The law would exist on the books for months or years, depending on how long it took for the courts to strike it down. By then, the local government would pass another, equally unconstitutional, but slightly different law, which then would block blacks from voting for another period of months or years until that law, in turn, could be struck down. And then the cycle would repeat itself.

It was in this atmosphere that Congress adopted the Voting Rights Act of 1965 to give the federal Department of Justice the power pre-approve the passage of laws affecting voting in those parts of the country designated by Congress as having participated in practices of this nature.

But as Cherylyn’s nod to “the beauty of human nature” reflects, hearts and minds have changed, and there is a provision in the constitution that says, quite logically, that all states should be treated equally. The Voting Rights Act never met this standard. The Supreme Court in the 1960s ruled that this violation was okay, BUT ONLY TEMPORARILY, and because of the EMERGENCY SITUATION in which certain Americans were being denied basic voting rights. The need to guarantee voting rights was held to be a higher constitutional priority then treating all states equally, and thus the Voting Rights Act overall was held in the 1960s to be constitutional, and the country at large seemed satisfied to consider it so. But time marched on. Hearts and minds changed. Voting rights were no longer endangered (despite the silly nonsense about voter ID; comparing voter ID requirements to what went on the past is an insult to those in prior generations who truly had their rights stolen), yet certain states and localities were still not being treated the same as all the others.

Of course racism still exists. See Fisher v. University of Texas; even with a big step toward a color-blind America in that decision, also Monday; under a strict scrutiny standard, race can still be used in university admissions (as Project 21’s other co-chairman, Horace Cooper, put it Monday, “Although the court didn’t completely bar all use of race in public education admissions, this decision has moved us dramatically closer to Martin Luther King’s vision of a land where race is no longer a determining factor in who gets benefits.”). Our federal government and many state governments made it easier for businesses to contract with the government if they are owned by minorities or women (meaning, ironically, that a majority of Americans are eligible for “minority” set-asides). It was as recently as 2000(!) that the United States Supreme Court had to step in to tell that State of Hawaii that it had to allow blacks, non-Native Hawaiian Asians, non-Hawaiian Native Americans and Caucasians to vote in ALL state elections, not just most of them, and, sad to say (regarding Hawaii), to this day in Hawaii you’d still find a lot more support for that thrown-out law than you ever would for anti-black voting laws today in the deep South (even though Hawaii never has been covered by the Voting Rights Act).

In fact, racism is quite alive in Hawaii. If you have significant (by the state’s standards) Hawaiian ancestry, you can go to this web page and sign up for special benefits the state’s blacks, non-Native Hawaiian Asians, non-Hawaiian Native Americans and Caucasians are not entitled to, because of their race.

Interestingly, those Americans of Hawaiian ancestry who wish to sign up for public benefits other Americans are not entitled to because of their race must bring a photo ID to do so. I’ve never heard a peep of complaint about this from any of the civil rights groups, so I assume they don’t mind the use of photo IDs to executive the few genuinely racist laws we have.

Which, to my mind, shows that we can’t do civil rights piecemeal. We just have to treat everyone equally under the law. No exceptions for groups and no exceptions because of where you live.

P.S. My second favorite quote of the day, from my husband, who had just completed reading the opinions in Fisher and Shelby County: “You’ve got to love Clarence Thomas. I mean, all the time.”

P.P.S. Apologies that I mis-named the Voting Rights Act as “Votings Right Act” in the headline, but this software package won’t allow me to fix the headline without changing the URL, and changing that would break links around the web. Sorry!