ConservativeBlog.org
Posted at 16:44h in Articles, Blog by Amy Ridenour 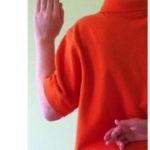 In an outrageous degree of spinning even for them, the left-wing spin group ThinkProgress today sent out an email entitled, “The Right Never Rests,” promising “seven of the most outrageous stories from just this week.”

What did we nasty righties do this time?

According to Think Progress, conservatives are to blame because a suburb near Dayton, Beavercreek, doesn’t want three new bus stops carrying riders from Dayton near one of its malls unless they are rather nice bus stops with surveillance cameras.

I’d be shocked and horrified to be a conservative in this situation if ThinkProgress had provided a shred of evidence “the right” is responsible for this local decision making, but it didn’t. And I’m not, anyway. Bus stop decisions in Beavercreek should be up to Beavercreek.

The second of “the right’s” sins in the email: “Texas police pull over multiple women and search their vaginas for drugs.”

Yeah. That’s the conservative, limited-government philosophy all right. Not.

The rest of the email at least involves people recognizably involved in GOP politics or conservative policy, although the list remains pretty dumb (to wit, #7 is “Why the Republican National Committee is freaking out over pop culture’s obsession with Hillary Clinton,” which is an explanation, not an action), but if ThinkProgress, master spinner, cannot write a list of seven things to blame on us over a week without including some that have nothing to do with us, we must be doing quite a lot right.

P.S. In the case of the local bus stops, the feds are now getting involved. Is anything a local decision anymore?