ConservativeBlog.org
Posted at 15:25h in Blog, Health by David Hogberg 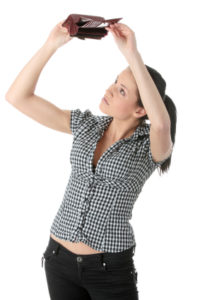 My recently released study on the incentives  “young invincibles” will face on the ObamaCare exchanges received considerable criticism from the left.  Interestingly, what most of it had in common was that it could have doubled as a description of present-day reality.  (Guess, they don’t call the left the “reality-based community” for nothing).

My study found that in 2014 about 3.7 million of those ages 18-34 who are single and childless would save at least $500 by forgoing insurance on the ObamaCare exchanges and paying the individual mandate penalty.  Slate’s Matt Yglesias responded, “Downside to this strategy for saving money is…you don’t get health insurance.”

That’s true.  It’s also true that many in that age group already follow that strategy. Indeed, the age group with the highest rate of uninsured is 18-34-year-olds.  About 19.1 million are uninsured at any given time, according to the Census Bureau, and somewhere in the ballpark of about 11 million are uninsured for at least one year.  Apparently, quite a few young invincibles would rather save the money.

Jonathan Bernstein of the Washington Post and Brian Beutler of Salon note that not buying health insurance is risky.  Bernstein claims, “even young healthies get the flu, or sprain an ankle, or otherwise need a bit of medical attention. Some even want regular check-ups just to be safe!”   Buetler brings up the risk that they could get cancer.

Again, that’s true.  But it’s also true that many 18-34-year-olds already take those risks, as evidenced by how many of them go without insurance.

So why do so many 18-34-year-olds forgo insurance?  Undoubtedly there are many reasons, but one is that their health really isn’t that much at risk.   For example, a 2004 study found that, on average, about 80 percent of an individual’s lifetime health care expenses occur after the age of 40.  Not even 13 percent of those expenses occur between the ages of 20 to 40.  Although the study didn’t include an 18-34 category, the percentage of lifetime health care expenses for that group would be even less.

As for cancer, data from the National Cancer Institute shows that the incidence of cancer among the age groups 20-24, 25-29, and 30-34 are 0.04 percent, 0.06 percent, and 0.09 percent, respectively.  Among none of those groups does the death rate for cancer rise above 0.01 percent.  The fact is that the risk of getting hit with large health care expenses or a serious disease is very low for the young invincibles and probably goes a long way to explaining their high rates of uninsurance.

Philip Klein of the Washington Examinerwrote up my study, which prompted Buetler to argue that Klein was “encouraging” young folks to forgo insurance and that doing so was “wretched.”  By extension, presumably, that accusation also applies to me.

I’ve known Klein long enough that I can say on behalf of both of us that is ridiculous.  We’d much prefer that more young people had health insurance than presently do.  The point of my study, and Klein’s description of it, is that the incentives young people face on the exchanges encourage them to go without health insurance more so than the present system.

Not only will many young invicibles save hundreds of dollars on premiums by forgoing insurance and paying the fine, thanks to the exchanges they no longer have to risk being denied insurance should they come down with a serious illness.  Due to the exchanges’ “guaranteed issue” regulation, insurers must sell all comers a policy during each year’s October to December enrollment period.   As I explained in the study:

In a market without guaranteed issue, consumers run the risk of insurers not selling them policies when they get seriously ill. But that risk is largely gone under the exchanges. For instance, a young person who gets a serious illness in June only has to wait until October to sign up for insurance and then wait until January 1 of the next year to receive coverage. Combined, community rating and guaranteed issue give the young and healthy big incentives to forgo insurance until they are sick.

Bernstein took issue with that, amusingly calling it “the absolute worst thing you’re going to see written about the (very real) issue of young, healthy people and the Affordable Care Act.”  Perhaps the best way to explain Bernstein’s outburst is that he didn’t quite grasp the concept that if not purchasing health insurance becomes less risky, more people will not purchase health insurance.  He seemed to hope that by employing some hyperbole readers wouldn’t notice his lack of a coherent argument.

Regardless, decades of government regulations have increased the price of insurance to the point that many young invincibles no longer see it as a good investment given the relatively low risks they face.  The ObamaCare exchanges will only make that situation worse.

But there are two important things to keep in mind about this reality. First, even if everybody were to agree that just to be on the safe side, it’s better for younger Americans to have insurance than to go without it, that conclusion is irrelevant to the empirical economic question of whether a critical mass of young Americans will determine that insurance is worth the costs for them. And the empirical question will be the important one next year.

Second, if liberals think it’s so important for young Americans to purchase insurance in case of something unexpected, then they shouldn’t have supported Obamacare, which makes it a lot harder and more expensive for young Americans to purchase the type of plans that would make the most sense for them — catastrophic plans that, while they don’t cover routine medical expenses, would have low monthly premiums and would protect them from financial ruin in the event of an accident or serious illness.