05 Sep 2013 On this Date in Propaganda, Think Progress Crows that Health Insurance Premium Increases Under ObamaCare Compare Favorably to an Imaginary Number

ConservativeBlog.org
Posted at 12:44h in Blog, Health by Amy Ridenour 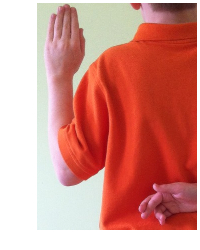 Ever shameless in its peddling of left-wing propaganda, Think Progress sent an email out today claiming, “Major New Study On Obamacare Premiums Should End The ‘Rate Shock’ Hysteria Once And For All.”

The email links to a story on its website, here.

If you can’t believe your eyes, read that last paragraph again, but it will still say that rates under ObamaCare so far were compared to the CBO’s best-guess number, except the CBO didn’t actually predict any number for 2014.

Bottom line: The study does not compare the cost of insurance premiums under ObamaCare to what they would be without ObamaCare.

That’s the information people care about.

Go here to see the interactive map to see if data is available yet for your state.

So far, the average health insurance rate increase is a whopping 24 percent.

Think Progress may not believe a 24 percent rate interest could spur “rate shock” among health insurance consumers, but I doubt all of its readers — if given the full story — would agree.

Which is probably why Think Progress didn’t tell the full story.

Addendum, 9/13/13: Think Progress has been chided about this before.