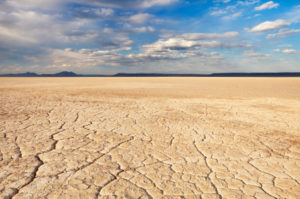 When Congress passes ideological legislation, the devil in the details is generally handed to America’s regulatory machine to iron out.

Consider ObamaCare – the massive legislation designed to alter the nation’s entire health insurance landscape and place the federal government in charge of another 1/6 of the economy.  It was pushed through Congress (unread by many who voted for it) and then sent to a myriad of federal regulatory organs to dispense to the masses.

Congress itself has nothing to do with actually implementing ObamaCare.  In fact, many Congressmen who voted for it are no longer in office thanks to their votes for the unpopular law.

And since the bureaucrats tasked with designing, selling and deploying the law are not accountable to the American people – meaning, we can’t vote them out of their jobs – their incentives to perform at a high level of productivity, accuracy and efficiency are wanting.  Couple this with the fact that it is nearly impossible to employ standard marketplace incentives, such as demotion or firing of federal employees, and the problem is exacerbated.

In this light, the incompetence of the ObamaCare exchange rollout is simply instructive of the government’s ineptitude.  But it is hardly surprising.

That’s why I was surprised recently when one of America’s most important regulatory leaders spoke out against a massive law that imposes strenuous new regulations.

In a speech at Fordham Law School, Securities and Exchange Commission Chair Mary Jo White railed against portions of the 2010 Dodd-Frank Wall Street Reform and Consumer Protection Act.  According to White,

some more recent disclosure directives from Congress have been quite prescriptive, essentially leaving no room for the SEC to exercise its independent expertise and judgment in deciding whether or not to make the specified mandated disclosures.

White, an Obama appointee, questioned Dodd-Frank by noting that its authors seemed more interested in social engineering than financial regulation, thereby forcing her agency to go beyond its mission to achieve social means.  She noted that recent:

That is not to say that the goals of such mandates are not laudable.  Indeed, most are.  Seeking to improve safety in mines for workers or to end horrible human rights atrocities in the Democratic Republic of the Congo are compelling objectives, which, as a citizen, I wholeheartedly share.

But, as the Chair of the SEC, I must question, as a policy matter, using the federal securities laws and the SEC’s powers of mandatory disclosure to accomplish these goals.

White is referring to rules in Dodd-Frank that require oil, natural gas and mining companies to disclose mine safety, conflict minerals from certain African regions, and all payments to foreign governments related to energy and mineral projects.  In other words, Congress told the regulators to regulate something that has nothing to do with their mission – which is to protect investors.

Why would members of Congress engage in this chicanery?  After the 2008 financial crisis, liberals in the House and Senate were eager to use their majority to exploit the crisis and attack some of their favorite targets – oil and mining.

However, the real world consequences of these new regulations could be devastating for American competitiveness.  American oil and natural gas companies often compete for contracts and mineral rights against state-controlled Chinese and Russian corporations that won’t be bound by these new restrictions.

And what of the two co-sponsors of this debacle?  They aren’t around to watch it unfold.  Barney Frank (D-MA) retired from the House in 2013 and Chris Dodd (D-CT) retired from the Senate in 2011.  While they are now gone, they tied the SEC’s hands on their way out the door.

Under our current legislative model, White must follow the law and does not have the proper flexibility to reject this congressional overreach.  That is a shame.

It is likely that whatever regulations the SEC finally crafts will be challenged in court.  Whether it survives judicial scrutiny may have a broad impact on agency law for years to come.