ConservativeBlog.org
Posted at 15:39h in Blog, Health by David Hogberg 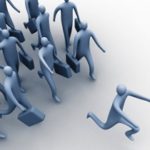 The number of Democrats who support either a delay in the individual mandate or an extension of the open enrollment period keeps increasing.  The count is now up to 32.

the Health Care Access Fairness and Penalty Delay Act. This legislation would require the Health and Human Services (HHS) Inspector General to certify when the healthcare.gov website is fully operational, a process that would be informed in part by periodic reports from the Government Accountability Office (GAO). Once the Inspector General certifies that the website is operational, individuals would have at least 90 days to enroll in a health care plan, and the individual mandate’s penalties would not commence until 30 days later.

Those supporting the legislation include “Reps. Kyrsten Sinema (AZ-9), Scott Peters (CA-52), Pete Gallego (TX-23), Ron Barber (AZ-2), Pat Murphy (FL-18), John Barrow (GA-12), Filemon Vela (TX-34) and Joe Garcia (FL-26).” The only name on that list who had previously expressed support for a delay or extension was John Barrow. Thus, that is eight new Democrats breaking rank in some way from ObamaCare.

Sen. Max Baucus has also joined those suggesting a delay of the individual mandate: “If it looks like Humpty Dumpty’s not getting put back better together…then maybe we should look at start thinking about delaying the penalties. It’s not right to penalize people for mistakes that the government’s made because the exchanges aren’t working.”

Below is a table of the Democrats who have broken rank on ObamaCare whether by proposing legislation, co-sponsoring legislation, or merely expressing support of a delay or extension.  And here is the Excel file that not only contains the table but also links to the sources confirming the positions of these Democrats. 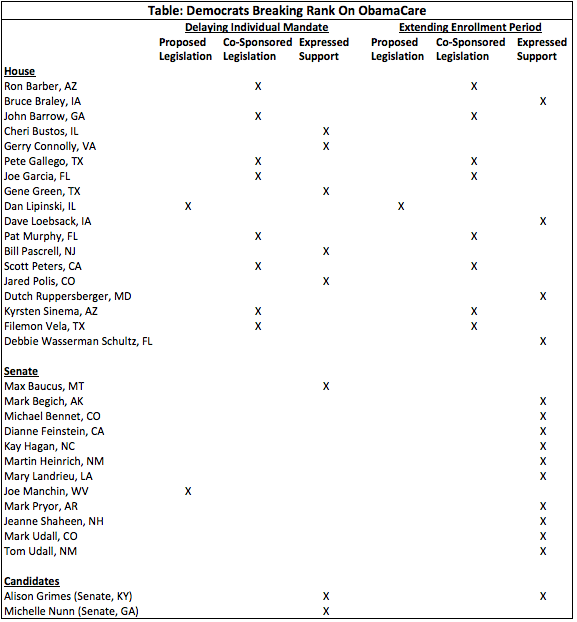