04 Nov 2013 Next Moves in the ObamaCare Deception

ConservativeBlog.org
Posted at 15:22h in Blog, Health by David Almasi

Over the weekend, a candidate for the Virginia statehouse is said to have made a radical suggestion about the way ObamaCare could be administered in the commonwealth.

With so many doctors now choosing to not take Medicare and Medicaid funding as a way of keeping the government out of their practices, Kathleen Murphy — a candidate for a Virginia delegate seat in the suburban Washington, D.C. area — was reported to suggest during a debate that she thinks there must be a law forcing doctors to take Medicare and Medicaid patients whether they want to or not. 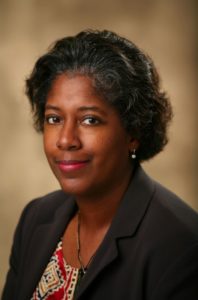 Project 21 member Dr. Elaina George, a board-certified otolaryngologist, sees this as just another step in the Obama Administration’s ongoing march toward a total redesign of American society:

Americans are being led down the wrong path.

There has been, and continues to be, a concerted effort on the part of liberal politicians — who are encouraged by the media — to convince the American people that their health care system is the worst in the industrialized world, that doctors are to blame for high costs and that someone taking responsibility for their own health insurance is both selfish and somehow hurts the less fortunate.  People are also supposed to believe opposition to government intervention that is designed to pick winners and losers implies they hate the poor or are racist and/or sexist.
The truth is much simpler.

Under the guise of fairness, our government is essentially implementing an agenda of central planning. Examples include the concerted globalization of our banking system through TARP, the  subjugation of  much of our military’s autonomy to the United  Nations, the centralization of our public education system  — first with  the No Child Left Behind program and now with the Common Core  Curriculum.

It has taken over 50 years, starting with adoption of Medicare (i.e., socialized medicine for seniors), notwithstanding the failure of HillaryCare, for government to take over American health care.
While so many are distracted by the failure of the ObamaCare web site, the first phase of ObamaCare has already been successfully underway without much notice or outrage.

ObamaCare has successfully begun to unravel the health care system as we know it.  Since the law passed: 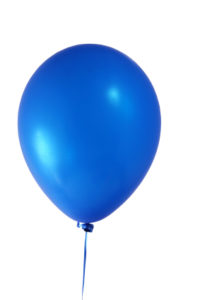 The second phase is now coming into focus.

It’s not an accident that people are  being thrown off their existing insurance.  The perfect storm was created  to achieve this goal: The out-of-pocket caps on cost for the individual were  delayed; there is a 25 percent surcharge on so-called Cadillac health plans;  and policies protected by the grandfather clause were never meant to  stand up to the regulations and compliance written into the  law.

The fact that it will be cheaper for an employer to now drop coverage and pay the fine should provide ample proof that the Cloward-Piven strategy is in play.  Named after the radical sociologists Richard Cloward and Frances Fox Piven, this is the idea of overwhelming the system to break it in order to rebuild it.  The end result, however, is not Medicare for all — but actually a single-payer system set up as Medicaid for all.
Once the patients are in this system, is there any doubt doctors will be next?

People should pay attention to the trial balloon recently sent up by Kathleen Murphy, a candidate for a state-level delegate in Virginia, who allegedly suggested doctors should be legally forced to take Medicare and Medicaid money.

The goal is collectivism, which allows the government to be the arbiter of what constitutes what is best for everyone, except the elite and their cronies.  That is the ObamaCare endgame.

For a physician, not only will this mean the illegal restriction of trade, it will also mean the end of The Hippocratic Oath and the death of the doctor-patient relationship.