ConservativeBlog.org
Posted at 06:25h in Blog, Health by David Hogberg 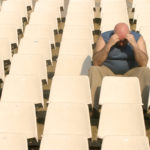 And of those, Connecticut is somewhat illusory.  According to the Hartford Courant a “glitch” at Access Health CT resulted in a lot of people thinking they were buying policies that covered more out-of-pocket costs than those policies actually do:

More than 2,400 Connecticut customers who bought health plans on Access Health CT were given incorrect information about their insurance plans, in one case underestimating the maximum out-of-pocket by at least $4,000….

Access Health CT would not say how the problem started, or who was responsible. The exchange did say that the problem was discovered in late September and was fixed by Oct. 30.

The exchange said a letter was mailed to 2,408 people who bought plans from the starting date of Oct. 1. A spokeswoman did not respond to a request Wednesday for the number of enrollees who changed their plans after receiving the letter.

Presumably the spokeswoman also didn’t say how many people dropped their plans after receiving the letter.  Thus, Connecticut’s reported enrollment figure 14,365 is inaccurate.

Connecticut is not the only one.  The Washington state exchange, which was initially considered one of the exchanges with a website that worked well, also has suspect enrollment numbers.  It turns out that the Washington exchange miscalculated the subsidy for a lot of enrollees:

About 8,000 Washington Health Benefit Exchange applicants will get smaller federal tax credits for their health insurance than originally anticipated because of computer problems on the federal and state health insurance websites.

So far, no word on how many of those people have also cancelled their policies.  But at least one is likely to:

Jessica Sanford, the Federal Way woman who got a shout-out from President Obama last month with her fan letter for the Affordable Care Act, got a rather rude awakening last week. Turns out she doesn’t qualify for a tax credit after all.

At least that’s what the letter said that she got from the state. Now she says her dream of affordable health insurance has gone poof. She can’t afford it. She’ll have to go without. “I’m really terribly embarrassed,” she says. “It has completely turned around on me. I mean, completely.”

Some other notes on enrollment:

-For updates on enrollment, visit the website Enroll Maven.  According to Enroll Maven, nearly 42 percent of the enrollment period is over and total exchange enrollment is only 6.2% of the way toward the goal of 7 million.

-I’ve previously estimated what enrollment might look like by the end of the enrollment period on March 31.  I won’t repeat how I did the estimate (see this blog post), but I will re-print the table here:

-Finally, what happens if the exchanges fall well short of the enrollment targets?  For starters, it will be another PR debacle for the White House—make that a well-deserved PR debacle.  Of course before the final enrollment report comes out, presumably in mid April, it will be pretty clear how far the exchanges are from meeting enrollment targets.  Thus, it won’t be the shock that the disastrous healthcare.gov was in its opening days.  Nevertheless, expect the story to get a few days press which will only add to the headaches the administration has over Obamacare.

A bigger concern is whether the number of people without insurance will increase.  Thus far, 5-6 million insurance cancellation notices have been sent out in the individual market.  Since some of those cancellation notices surely went out to couples and families, the number of people losing insurance is higher than that 5-6 million figure.  Assuming the exchanges fall short of enrollment targets, then the difference between policies sold in the exchange and policies cancelled in the individual market will lead to questions about whether the number of uninsured increased.  Since Obamacare was supposed to reduce the uninsured, that could prove another big headache for the Obama Administration.  And, of course, it will be a much bigger headache for the people who have lost their insurance policies and have not been able to find a suitable replacement.

Then there is the impact low enrollment will have on insurance policies on the exchange.  Let’s assume that those who sign up will be older and sicker than those who don’t.  At this point that’s a fair assumption.  Eighteen-to-34 year-olds comprise less than 25 percent of the enrollees in most of the exchanges that have reported enrollment data by age.  That’s far short of the 40 percent the administration estimates it needs to keep the exchange insurance pools from entering a death spiral.  (Only Massachusetts is close to 40 percent.  See this excellent graphic at the New York Times.)

If an insufficient number of young and healthy people sing up, premiums will rise precipitously for 2015.  Don’t be too surprised to see rate increase of 30 percent or more.  But that may not be the only way that insurers try to meet their costs.  One that they have already used is to restrict the networks of physicians and hospitals that are available in exchange plans.  Restricting those networks even further could be a consequence of insufficient enrollment.

In the end, missing the enrollment target could mean exchange policies with even higher premiums and worse choice of providers.