ConservativeBlog.org
Posted at 09:03h in Blog, Health by Amy Ridenour 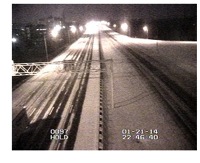 Jeff set off at 9:40 AM Wednesday morning to catch a flight out of his home base of New York City. The flight was cancelled due to the then-impending snowstorm, but, as he was determined to make it to Oklahoma City, he and a volunteer driver set out for the airport in Hartford, CT to catch another plane. Unfortunately, the snow caught them instead, alternative flight options also were cancelled, and conditions got so bad that driving back to New York City seemed extremely unwise. Yet all the hotels on the road so far are full, except one on the top of a hill they can’t get to.

As I write this, Jeff has been on the road over 13 hours, and it’s clear he won’t be making it to Oklahoma by 9 AM Central time. So he’s submitting his testimony in writing.

We’ll link to it if we can get a copy, which, right now, is in the car with Jeff. We were hoping to watch Jeff testify on video, but like Jeff’s trip to Oklahoma, I don’t think that’s going to happen.

Now we’re hoping to get word from Jeff and his volunteer driver that they found somewhere safe to spend the night.