ConservativeBlog.org
Posted at 03:15h in Blog, Health by David Hogberg

Via American Interest, I came across this article in the New York Times about a health care trend that probably isn’t a welcome one:

American physicians, worried about changes in the health care market, are streaming into salaried jobs with hospitals. Though the shift from private practice has been most pronounced in primary care, specialists are following.

American Interest titled its post on this “Your Hospital Bill Is About to Get a Lot More Expensive.”  Here’s why:

…experts caution that the change from private practice to salaried jobs may not yield better or cheaper care for patients.

“In many places, the trend will almost certainly lead to more expensive care in the short run,” said Robert Mechanic, an economist who studies health care at Brandeis University’s Heller School for Social Policy and Management….

…many of the new salaried arrangements have evolved from hospitals looking for new revenues, and could have the opposite effect. For example, when doctors’ practices are bought by a hospital, a colonoscopy or stress test performed in the office can suddenly cost far more because a hospital “facility fee” is tacked on. Likewise, Mr. Smith said, many doctors on salary are offered bonuses tied to how much billing they generate, which could encourage physicians to order more X-rays and tests. 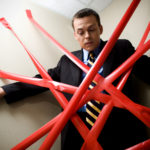 The article doesn’t say much about the impact on physician quality, but readers should be concerned.  Here is what Dr. John Slotosky, who I interviewed for a National Policy Analysis Medicare, had to say about working for a hospital:

“I was a typical physician employed by a hospital,” Dr. Slatosky said. “I had all the say so of a janitor. We had no say in scheduling or work hours, and if you needed a day off you had to beg for it.”

Looking back, he reflects that in that setting he was unable to provide quality care to patients.

“Most hospitals lose money on their primary-care practices because they are so top-heavy with bureaucracy. But this hospital was trying to make its primary-care network profitable, so the physicians had to see about twice as many patients as you would at a normal physician practice. Hospitals are used to dealing with big charges, of thousands of dollars. But primary-care is about small charges. Most of it probably costs $50 to $200.

“But with seeing so many patients, you only get to see them for a short time. And you try to take care of things quickly, and you miss things. If you want quality, you have to take some time with your patients, and patients have to be willing to pay for that.

Hospitals pressuring physicians to see as many patients as possible is only one way the trend away from independent practices may harm quality.  In my experience, physicians tend to be very independent minded, a trait that often leads them to be good physicians.  Independent-mindedness, however is not a characteristic that is usually prized in bureaucracies like hospitals.  If more physicians end up working for hospitals, long term it may discourage more independent-minded people from going into medicine.