31 Mar 2014 Why Should The Administration Put Out Propaganda About ObamaCare When The L.A. Times Will Do It For Them?

ConservativeBlog.org
Posted at 06:00h in Blog, Health by David Hogberg

As the law’s initial enrollment period closes, at least 9.5 million previously uninsured people have gained coverage. Some have done so through marketplaces created by the law, some through other private insurance and others through Medicaid, which has expanded under the law in about half the states.

To get that 9.5 million figure, Mr. Levey includes about 2 million on the exchanges, 4.5 million on Medicaid, and 3 million young adults who can now stay on their parents’ insurance plans until age 26, the so-called “slacker mandate.” Let’s start with enrollment in the exchanges:

• At least 6 million people have signed up for health coverage on the new marketplaces, about one-third of whom were previously uninsured.

• A February survey by consulting firm McKinsey & Co. found 27% of new enrollees were previously uninsured, but newer survey data from the nonprofit Rand Corp. and reports from marketplace officials in several states suggest that share increased in March. 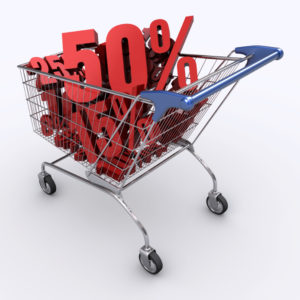 Um, 27% is not 33%.  That would mean the number of newly insured 1.6 million, not 2 million.  Furthermore, no where does the article acknowledge that the 6 million figure includes those who have not paid their premiums.  If those who don’t pay their premiums is as high as 20% as the New York Timessuggests, then the number of newly insureds will decrease.

The Times then moves to Medicaid:

• At least 4.5 million previously uninsured adults have signed up for state Medicaid programs, according to Rand’s unpublished survey data, which were shared with The Times. That tracks with estimates from Avalere Health, a consulting firm that is closely following the law’s implementation.

Further, even the Avalere data may be inaccurate, going either way.  As Avalere acknowledges:

This analysis compares activities from October through January to application rates from the summer of 2013. There is some evidence of seasonality in enrollment tends, and this analysis does not control for such fluctuations given data limitations.

While Avalere takes steps to remove double counting, it is possible that some double counting is present as exchanges assess eligibility and then refer such cases to state agencies where determinations are made. In addition, in a limited number of cases, states have reported households as opposed to individual applicants, and this is not adjusted for.

I don’t have access to the RAND data yet, so I have no way to know how accurate that data is.

The final part of the 9.5 million newly insured is the claim that “An additional 3 million young adults have gained coverage in recent years through a provision of the law that enables dependent children to remain on their parents’ health plans until they turn 26.”

I’m saving that for a longer piece I’m working on—for now, suffice to say it is bogus.

In summary, there are numerous caveats to the data presented in the article, but Mr. Levey mentions almost none of them.  As such, the article is more propaganda than objective reporting.