ConservativeBlog.org
Posted at 03:20h in Blog, Health by David Hogberg 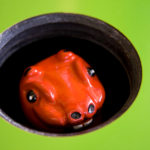 The “skinny networks” of physicians and hospitals in many ObamaCare exchange plans are really beginning to rankle patients, so much so that the political class feels increasingly compelled to do something.

In Washington State, Insurance Commissioner Mike Kreidler said “companies need to justify those narrow networks.”  He is proposing new rules that “would make it harder for insurers to thin out their networks. He says consumers should have some basic safeguards: You shouldn’t have to drive too far or wait too long for care, and you should be able to find the specialists you need.”

By limiting insurers ability to offer fewer benefits and forbidding them to offer lifetime or annual limits on policies, insurers tried to keep premiums down by reducing the networks in exchange plans.  Now Washington wants to “fix” that problem, and it surely won’t be the last if stories from California are any indication.

Unfortunately this becomes like a game of “Whac-A-Mole,” where a new problem pops up in response to politicians and bureaucrats try to tamp down on an older one.  Kriedler is already getting an earful about the new mole:

But Kreidler quickly found himself under a minor siege from board members like Bill Hinkle.

“This is called the Affordable Care Act, not the Accessible Care Act,” said Hinkle, a former state lawmaker.

Sydney Smith Zvara of the Association of Washington Healthcare Plans says the new rules would require stacks of paperwork, including thousands of maps.

“The sheer weight and volume of the administrative and reporting requirements that come along with that have the effect of just smothering the ability to provide more innovative networks,” Zcara said.

Extra paperwork won’t be the only added cost.  Expanding a network means paying physicians and hospitals more to entice them to join.  That, of course, will be reflected in higher premium costs.  Apparently, one of the requirements for being elected Insurance Commissioner of Washington State is an unshakable belief that government can do magic:

Kreidler says he doesn’t believe prices will increase. He sees himself as walking a fine line, but with his compass oriented decidedly toward the consumer.

The best way to protect the consumer is to remove the barriers to market competition.  But bureaucrats seldom think that way.

Final thought:  If back in 2009 an ObamaCare supporter had said this “is called the Affordable Care Act, not the Accessible Care Act,” what do you think the chances are it would have ever become law?