ConservativeBlog.org
Posted at 14:51h in Articles, Blog by Amy Ridenour 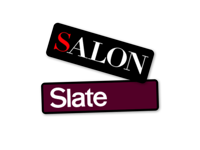 Last week, I applauded Salon magazine for having the integrity to point out that its fellow liberal magazine, Slate, didn’t know what it was talking about.

Salon disagreed with Slate, saying many liberals dislike Common Core and that many of those who oppose it, regardless of their politics, dislike it on the merits.

I ended my piece complimenting Salon with these words:

Understanding issues and analyzing actual concerns takes more work than writing pieces with a simplistic left-good; right-bad meme. Maybe that’s too much to expect from Slate.

But perhaps there’s hope. If you had asked me yesterday, I would have said it was too much for Salon.

I spoke too soon. Salon published another piece, contradicting the one I complimented. Now it agrees with Slate.

Never compliment a liberal for getting something right. It seems to make them want to be wrong again.

The left just isn’t comfortable with being right.