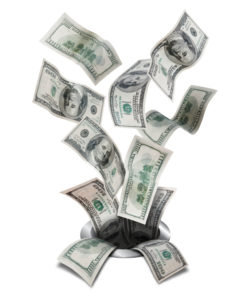 In late April I attended the Humana shareholder meeting and asked, in part, “if the situation arises where Humana qualifies for taxpayer money through the risk corridor*, can we get your promise that you will reject it?”

Humana’s CEO, Bruce Broussard replied, “No, we will not make that promise.”

Now we know why.  According to Jay Cost of the Weekly Standard,

Humana alone expects to receive between $575 and $750 million from the “Three R” programs—risk adjustment, reinsurance, and risk corridors—that serve as a backstop for the insurers. To put this into perspective, this sum is about half of Humana’s 2013 profit.

Changes to the Three R’s help explain why premiums are going up. About half of Humana’s Three R’s money is coming from the reinsurance fund, which is set to decrease across the entire exchanges from $10 billion in 2014 to $6 billion in 2015. Per Broussard, this is a “big part” of the story in the expected increases in premiums. That cash enabled them to keep prices below what they otherwise would have been; remove it, and premiums have to rise.

It’s not clear what percentage the risk corridor money accounts for, but it’s probably substantial.  If it were even 25 percent of the “three R’s money”, that would be over 10 percent of its profit.

For now, federal subsidies are so generous that, for insurers, what would otherwise count as a loss now counts as a victory. And for consumers, the price they pay for their policies is well below the actual costs for those policies. That is not a “market,” and thus the claims that this “market” is “working” are meaningless. A working market does not require a $10 billion federal reinsurance guarantee, with a potentially limitless amount of risk corridor cash to follow.