26 Jun 2014 Lesson of the VA: Employees More Likely To Cheat When They Can’t Be Fired

ConservativeBlog.org
Posted at 05:22h in Blog, Health by David Hogberg

The VA scandal is, in part, the result of the fact that most employees at the VA have civil service protections, which makes it very difficult to terminate their employment.

When employees have goals they can’t meet—such as a 14-day waiting standard—and not meeting them means they don’t receive promotions, raises and bonuses, well, the incentive among employees to manipulate the data is much higher when they can’t be fired.  We’d like all people to be honest, even those who have civil service protection, but the odds are on honesty going down the crapper when there are few consequences for dishonesty. 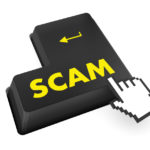 From the Office of Inspector General interim report, here’s a few of the tactics that VA personnel resorted to in order to goose the wait time numbers:

-Don’t put them on the list:  At the Phoenix facility, the OIG “identified an additional 1,700 veterans who were waiting for a primary care appointment but were not on the EWL [electronic waiting list]…The length of time these 1,700 veterans wait for appointments prior to being scheduled or added to the EWL will never be captured in any VA wait time data because Phoenix HCS staff had not yet scheduled their appointment or added them to the EWL. Until that happens, the reported wait time for these veterans has not started. Most importantly, these veterans were and continue to be at risk of being lost or forgotten in Phoenix HCS’ convoluted scheduling practices. As a result, these veterans may never obtain their requested or required primary care appointment.”

-Use the first open date, not the date requested by the patient: “…it appears that a significant number of schedulers are manipulating the waiting times of established patients by using the wrong desired date of care. Instead of schedulers using a date based on when the provider wants to see the veteran or when the veteran wants an appointment, the scheduler deviates from VHA’s scheduling policy by going into the system to determine when the next available appointment is and using that as a purported desired date. This results in a false 0-day wait time.” “Overall, 13 percent of scheduling staff interviewed indicated they received instruction (from supervisors or others) to enter in the ‘desired date’ field a date different from the date the Veteran had requested.”

-Apparently, even the press frowns on this:  ”April 1 may forever haunt Colin Crawford, Los Angeles Times Director of Photography, and Brian Walski, a staff photographer covering the war in Iraq for the paper. That was the day Walski was fired, after it was revealed that a photo he submitted on Sunday was actually a composite of two images he had captured.”

-Even firms that are only partially private sector hand out pink slips to data manipulators: Government Motors General Motors “Tavera recall gets murkier as company fires staff for fudging data.”

Such consequences increases the amount of honesty in the private sector and prevents more data manipulations from happening than otherwise would.  Thus, it makes good sense that some of the VA reform proposals contain provisions making it easier to fire VA employees.