In a recent New Visions Commentary, my colleague Demetrius Minor addressed the need for increased dialogue regarding racial issues.

To wit, he wrote: “Because of the hypersensitivity to which our world has succumbed, race is a frightening or taboo subject for many.  Nonetheless, we should all talk about it.”

I would add alter his last sentence to read, “[n]onetheless, we should all [be able] to talk about it.”

I would advise many Americans to avoid talking about race at all costs.  Doing otherwise may place their livelihoods in jeopardy.  But corporate America could go a long way to fixing this problem.

One logical place to have earnest discussions about race is at work.  Indeed, President Obama suggested in a 2010 speech that:

We should all make more of an effort to discuss with one another, in a truthful and mature and responsible way, the divides that still exist — the discrimination that’s still out there, the prejudices that still hold us back — a discussion that needs to take place not on cable TV, not just through a bunch of academic symposia or fancy commissions or panels, not through political posturing, but around kitchen tables, and water coolers (emphasis added).

But having a water cooler discussion about race is currently a dangerous proposition for many public and private sector employees that is fraught with the specter of demotion or even firing.

I certainly agree that it would be good for people to discuss racial issues in a truthful, mature, and responsible way.  But I’m pretty sure that discussing such issues around “water coolers” is pretty dangerous advice, at least if one really wants a discussion in which people aren’t afraid to air their views.

To begin with, any arguments that some might see as racist could lead to complaints and even lawsuits about a supposedly “racially hostile work environment”; and while such lawsuits are hard for plaintiffs to win, no employer wants to have to fight them, and no employee should want to have his speech be the subject of such suits.

The legal standards at play here are very vague, giving the arbiter of such complaints (be it a judge, jury or mediator) tremendous latitude in interpreting the offending party’s speech.  But the problem is that employees should also be wary of what they say and do outside of the workplace – even if it is constitutionally-protected speech.

Only about half of American workers live in a jurisdiction that provides statutory protection against employer retaliation for engaging in First Amendment activities.  And some of these laws are weaker than others.  Furthermore, many corporations do not offer this protection as a condition of employment.

Racial discussions can be fraught with peril for workers.  Whether at the water cooler or not, consider the following:

That last example isn’t theoretical.  It happened, and an employee was demoted because of it. 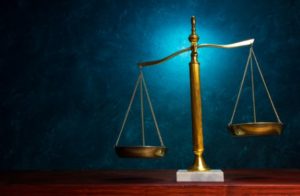 In the very recent case of DeMay v. Richmond County Dep’t of Social Servs., 2014 WL 4206296 (N.C. Office of Admin. Hearings), an individual was demoted because of comments she made during a staff meeting.

Again, the indelible Eugene Volokh has culled the important facts of the case, which are available here.  But, essentially, the employee – who was a governmental employee in a supervisory role – during a break in a staff meeting, read a Facebook post aloud so her fellow employees could hear.   Written from the imagined vantage point of a white, 13-month old baby who had been murdered, the post said, among other things:

My family made the mistake of being white in a 73% non-white neighborhood, but my murder was not ruled a Hate Crime.  Nor did President Obama take so much as a single moment to acknowledge my murder.

President Obama has no children who could possibly look like me — so he doesn’t care and the media doesn’t care because my story is not interesting enough to bring them ratings.

So while you are seeking justice for Trayvon, please remember to seek justice for me too. Tell your friends about me, tell you [sic] families, get tee shirts with my face on them and make the world pay attention, just like you did with Trayvon.

From the discussion of the office’s rules for personal conduct, it is clear that the employee broke plenty of protocols for both using her phone and Facebook in inappropriate manners.  Also, government employers have the latitude to restrict speech that injures morale – as the employee’s actions arguable did here.  So her demotion on those grounds appears perfectly reasonable.  However, the disposition of the case presents potentially troubling precedent for other workers.

That’s because the decision also said that the employee created a “hostile work environment.”

in the hearing officer’s opinion, this sort of “racially and politically provocative” speech would be legally actionable even if it was said in a private workplace, even when the employer itself had no desire to restrict it.  That would not be justifiable under the special rules applicable to the government acting as employer.  That would be the government restricting political speech even on private property, based on its content and viewpoint.

And while this case involved speech said by a supervisor in a mandatory meeting, hostile environment harassment law can likewise impose massive liability based on speech by co-workers, and speech outside such mandatory meetings.  To be sure, it’s less likely that co-worker speech or speech in the lunchroom or around the water cooler would be found to be actionable by itself.  But, as I argue here, harassment law inherently pressures employers to restrict even such individual instances of speech.

This is a bridge too far.  Hostile work environment (harassment) laws are often decidedly vague and, in many instances, likely unconstitutionally contravene the First Amendment.

Certainly, actual instances of hostility and harassment should be swiftly and judiciously handled.  But having a frank discussion about race should not fit into that category. Yet, as racial agitators stir tensions and decide the parameters of corporate America’s acceptable group think, there will likely be more cases like this in the future, not less.