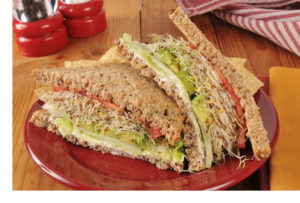 I’m confident that National Center for Public Policy Center Research readers are erudite enough to already know that an MSNBC food correspondent isn’t the guy you should look to for recipes.

Recall, for instance, when I told The Washington Post not to give mainstream credence to the 2013 National Food Policy Scorecard sponsored by Mr. Colicchio’s group, Food Policy Action.

Jeff Stier, senior fellow at the conservative National Center for Public Policy Research, said there’s a good reason for Republican lawmakers’ performance on the scorecard. “It does not, as FPA claims, ‘reflect the consensus of top food policy experts,’ ” he said. “Rather, it represents the narrow views of a select group of some of the nation’s most ideologically divisive activists.”

Stier called the scorecard a “sham,” saying it has all the validity of an “NRA scorecard on gun ownership. But they’re playing it off as otherwise, which I think is misleading.”

Celebrity chef Tom Colicchio probably doesn’t cook much these days. Having built his reputation preparing expensive entrées for his well-heeled customers at Craft Restaurants, Colicchio is now cooking up liberal food policy to expand the government’s ever-encroaching role in how we eat, and what.

His self-promotion schedule and branding pursuits could put Kim Kardashian to shame. He’s the star and producer of two reality shows on Bravo, Top Chef and Best New Restaurant. Colicchio owns several pricy restaurants and “ethical sandwich” joints on both coasts. He lends his name to a collection of expensive artisanal kitchenware, including a coffee mug for only $46.

But apparently television and restaurant fame don’t hold enough gravitas for this wannabe political star. Over the last few years, Chef Colicchio has emerged as the face of the food movement, culinary elitists who insist that every bite of food is a political statement (think climate-change folks going after your shopping cart instead of your SUV).

Testifying before Congress a few years ago about the school-lunch program whet his appetite for politics. Since then, Colicchio has visited Capitol Hill several times to promote mandatory labeling of genetically modified foods, and as the guest of organic farmer Representative Chellie Pingree (D., Maine) he even attended the State of the Union address in January. No doubt the chef will want a seat at the table to spin the now controversial update to the Dietary Guidelines for Americans, due for approval later this year.