ConservativeBlog.org
Posted at 14:40h in Articles, Blog by David Hogberg 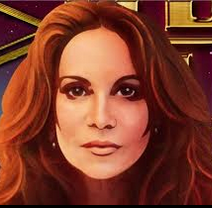 If Pamela Geller doesn’t stand up for free speech, who will?

That’s a serious questions we need to be asking ourselves, as it is deadly obvious that one of the biggest threats to free speech comes from radical Islam.  Adherents of that ideology have shown time and again that they will kill someone who draws a cartoon of a religious icon, an activity that is protected by the First Amendment.  If freedom is to prevail, then someone like Geller must stand up to such thugs.

After all, appeasing radical Islamists won’t work.  If we were to promise the thugs that we wouldn’t draw Mohammed anymore, they’d be embolden to threaten more of our freedom.  What would they target next?  Would it be people who condemn suicide bombings, criticize the leadership of Iran, or speak out against ISIS?  Frankly, I don’t know.  All I’m certain of is if we give in on what they demand now, they’ll return with their guns drawn for more.

To stop it, someone has to draw a line in the sand.  Right now, Geller and the brave souls who participated in her “Jihad Watch Muhammad Art Exhibit and Cartoon Contest” in Garland, Texas are the only ones who have shown the courage to do so.

Clearly the establishment won’t. That became clear back in 2005 when the Danish newspaper Jyllands-Posten‍ published 12 cartoons of Mohammed. Despite death threats made against the newspaper and attacks against a number of Western embassies, most newspapers in the West refused to stand up for free speech by re-printing the cartoons.

That portended the reaction to the incident in Texas. The New York Times wrote that Geller engaged in an exercise of “bigotry and hatred posing as a blow for freedom.  Even conservatives like Bill O’Reilly and Laura Ingraham waffled.  O’Reilly claimed that Geller had “spurred a violent attack,” while Ingraham said, “I don’t think that our effort to combat the Islamization of the globe is necessarily helped by putting on Muhammad… art contests.” That’s unfortunate, because Geller fights for the free speech of everyone, including the New York Times, O’Reilly, Ingraham and even of the left-wingers who condemn her in the harshest terms.

Is Geller a nice person?  Clearly, she’s shrill and obnoxious.  But what type of person do you think is willing to stand up to murderers?  Besides, I don’t care to be friends with her or even have her over to dinner.  I only care that she fights for free speech.

Worse than her personality is the possibility she is a racist. For the sake of argument, let’s assume she is.  Then you should suck it up, for two reasons.  First, it’s a lot harder to fight racism without freedom of speech.  Second, the thugs Geller is fighting are possessed of a racism that is exponentially more brutal than the one Geller allegedly has.  Let’s go with the lesser of two evils.

None of this would even be a concern if more in the media stood up for free speech against this barbarism.  (On that note, kudos to Megyn Kelly and Chris Hayes.)  As David Frum recently put it, “if the people doing the standing up are not in every way nice people—if they express other views that are ugly and prejudiced by any standard—then the more shame on all the rest of us for leaving the job to them.”

Until there is an alternative to Geller, she’s pretty much all we’ve got in the fight for freedom of speech against radical Islam.

Geller has said she’d be holding another event like the one in Garland, Texas at some point in the future.  I’ll be cheering her all the way.