26 May 2015 ObamaCare Exchange Imposes Cap on Specialty Drugs: What Could Go Wrong?

ConservativeBlog.org
Posted at 13:17h in Blog, Health by David Hogberg

A while back I predicted that insurers on the ObamaCare exchanges would be able to charge large co-pays for high-priced speciality drugs indefinitely, since only a small number of people take specialty drugs. Given their small numbers they would not to amount to significant political force, at least one strong enough to change policy.

Well, that theory has been proven wrong to an extent, at least in California:

[The Consumers Union] and other advocates took their concerns to Covered California, the agency that implements the Affordable Care Act in the state. The advocates argued there should be a limit on how much consumers have to pay for these drugs.

Apparently, they are getting their wish:

The agency agreed, and Thursday the board voted to cap the monthly out-of-pocket costs for specialty drugs. Starting in 2016, most people will only have to pay a maximum of $150 or $250 per prescription, per month. These caps are for Covered California’s so-called silver and platinum plans. Bronze plans will have caps of $500.

This policy will only apply to the 2.2 million people who buy coverage on the individual market. A bill under consideration in the California Legislature would extend that protection to many people with employer-based plans, as well.

Well, since the money to pay for specialty drugs grows on trees, I don’t see a problem here.  I mean, it’s not like anything could happen to health insurance premiums, right? 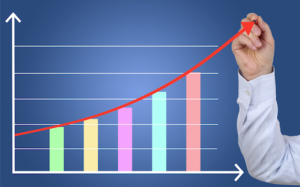