ConservativeBlog.org
Posted at 07:06h in Blog, Health by David Hogberg 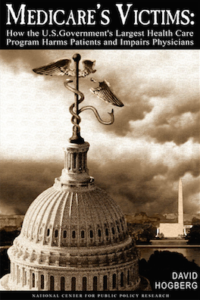 On July 6, I have my first book coming out entitled Medicare’s Victims: How the U.S. Government’s Largest Health Care Program Harms Patients and Impairs Physicians. One of the main themes of the book is that patients and physicians who struggle with Medicare usually lack political power.  In other words, they lack the ability to influence Congress to make changes in Medicare policy that would help them.

There are many reasons why they lack political power, but a big one is that they simply lack the numbers.  That is, there are too few of them to have any impact at the voting booth or to hire lobbyists to lobby on their behalf.

Case in point is a new program that Medicare has launched in New Jersey, Pennsylvania and South Carolina to cut down on the cost of non-emergency ambulance transports.  Unfortunately, the crack down has put some patients like Robert Browning, who genuinely need the ambulance ride, in a tough situation.

Browning is bed-ridden with leg wounds and needs an ambulance transport to the Community Medical Center for weekly treatment.  Browning now has to get approval from the Centers for Medicare & Medicaid Services (CMS) before Medicare will pay for an ambulance ride.  Browning gets his ambulance rides from Abba Medical Transportation.  Unfortunately, he is one of 20 patients who “whose claims were denied, and [Abba] had to stop transporting most of them, officials said. They couldn’t understand the reason; at times it seemed like they couldn’t get patients approved no matter how much documentation they provided.” 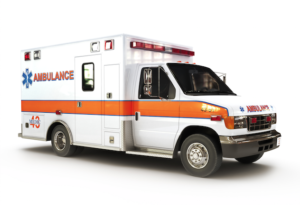 Some background:  Medicare pays for ambulance rides to the hospital and other facilities for patients who are confined to their beds and cannot be moved in a wheelchair. However, some ambulance companies seem to be abusing the service (and, perhaps, some patients are too). The cost of non-emergency ambulance transports have skyrocketed in some states.  In California, such transports rose 554 percent from 2002-2011.  In New Jersey, it rose 144 percent.  So, last year, CMS began a pilot project to eliminate such abuse.

But as happens with so many government efforts to root out fraud and abuse, those with genuine need get caught up in the net meant to catch the fraudsters.  That appears to be what has happened with Browning.

My guess is that this program will eventually expand beyond the three states in the pilot project, and patients like Browning will suffer.  The reason?  Well, here’s how Alide Walker, billing manager for Abba, put it: “I feel like they’ve been given the word, ‘You need to save money,’ and they’re saving money on the backs of patients that don’t have a voice for themselves.”

That’s correct.  There are no groups lobbying for Medicare patients who are having trouble getting access to non-emergency ambulance rides.  Nor are these patients likely to ever be a force at the voting booth.  I don’t have any hard statistics, but my guess is there are maybe a few thousand people like Robert Browning who are on Medicare at any given time in the U.S.  Spread that out accross 50 states and 435 House Districts, and it’s almost negligible.

Because the sick usually lack political power, they are unable to change government policy that causes them harm.  And that’s one of the biggest problems of any government health care system.