ConservativeBlog.org
Posted at 02:53h in Blog, Health by David Hogberg 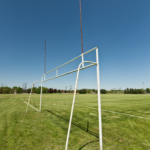 On Tuesday, the Centers for Medicare & Medicaid Services announced that 9.9 million people had signed up for insurance on the ObamaCare exchanges.  “These numbers are consistent with HHS’s effectuated enrollment target of 9.1 million for the end of 2015,” the press release stated.

While it’s true that the Obama Administration did predict over 9 million people enrolling in the exchanges for 2015, the Administration has never explained why the exchanges have fallen short of predictions from the Congressional Budget Office. (Although, when enrollment in 2014 exceeded CBO predictions, Obama did say, “It’s working a little bit better than we anticipated — certainly, I think, working a lot better than many of the critics talked about early on.”)

Anyway, here is what the CBO predicted in various reports:

If the ObamaCare exchanges enrolled 9.9. million, then they fell about 18 percent short of CBO’s final prediction for 2015.  Don’t expect to see any of the media mention that.  And don’t expect the MSM to question whether the exchanges will reach 21 million in enrollment in 2016. Whatever goal the Administration sets is good enough for them.