ConservativeBlog.org
Posted at 11:05h in Blog, Health by David Hogberg

As “Aleister” puts it at the Legal Insurrection blog, “You can’t even keep your new plan.”  Another ObamaCare Co-Op is going under: 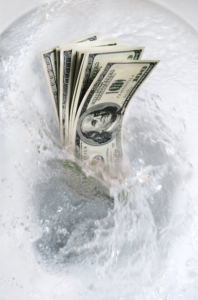 Regulators will shut down Health Republic Insurance of New York, the largest of the nonprofit cooperatives created under the Affordable Care Act, in the latest sign of the financial pressures facing many insurers that participated in the law’s new marketplaces.

The insurer lost about $52.7 million in the first six months of this year, on top of a $77.5 million loss in 2014, according to regulatory filings.

The move to wind down its operations was made jointly by officials from the federal Centers for Medicare & Medicaid Services; New York’s state insurance exchange, known as New York State of Health; and the New York State Department of Financial Services.

Health Republic Insurance is apparently the largest of the Co-Ops, with about 215,000 members. It’s closure drops the number of ObamaCare Co-Ops from 23 to 19, following the closings of Co-Ops in Iowa, Louisiana, and Nevada. Those Co-Ops lost $146 million, $65 million, and $66 million, respectively, in taxpayer loans.  But those three put together don’t total the $356 million in taxpayer startup and emergency solvency loans lost by Health Republic.

Even the Obama Administration acknowledges that the Co-Ops are in trouble.  Sort of:

HHS spokesman Ben Wakana said in a statement that co-ops have played an “important role” in increasing competition in the health law’s marketplaces.

However, he added “as a startup business, we recognize not all will succeed.”

“If a CO-OP has solvency issues, and we cannot rule out that others may this year, we will work with the states so that consumers have affordable options on the Marketplace,” Wakana said.