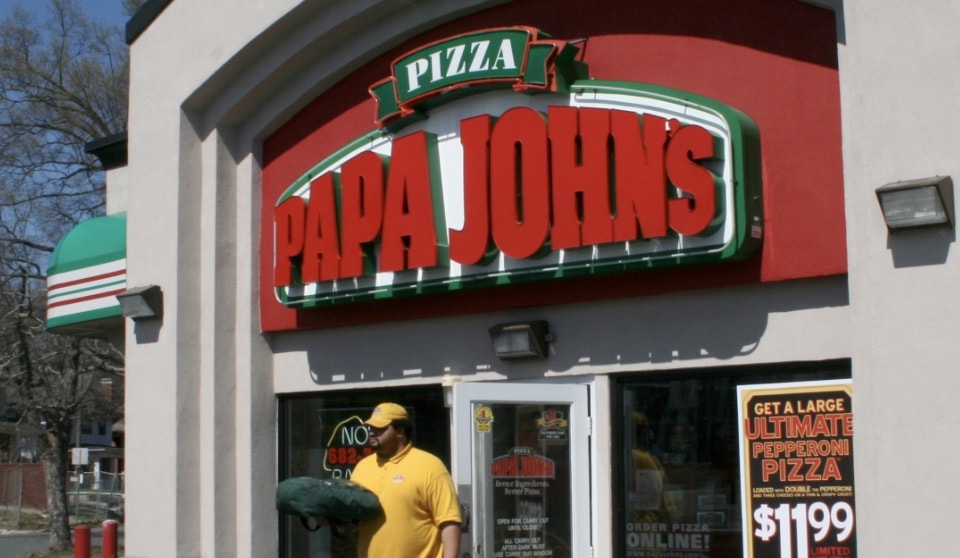 ConservativeBlog.org
Posted at 14:49h in Blog, Project 21 by David Almasi

It’s a given that the “n-word” is taboo. But there are some who use it liberally. There are some who think it’s alright for certain people to say it, but absolutely forbidden to others in any context.

It’s causing problems that could tear us apart as a nation. Members of the National Center’s Project 21 black leadership network are concerned about this development.

Right now, n-word retribution ruining careers and hurting businesses. Just consider the example of “Papa John” Schnatter and his abrupt exit from the day-to-day leadership of the pizza business he founded. He said the n-word in the company of others, but not maliciously. He just said it.

That’s enough at this point. And there’s no forgiveness when it comes to the issue of race these days

Although the now-former CEO of Papa John’s may not have meant his statements to be taken as a racial slur, he should have realized that – in today’s society – many people would take them that way. A better choice of words  should have been used to avoid conflict with today’s weak-minded people.

There’s been a definite shift in the what language is acceptable. Evangelicals might now accommodate the locker-room talk of a politician who fights for the policies that protect their personal piety. Certain minorities might be allowed to “take back” words once considered slurs. But, in this latter case, the once-hated words can become coveted. In the case of the n-word, anyone not allowed to use it can now be severely punished.

Consider what happened with Schnatter and two other people over the last three months.

At the Hangout Festival in Alabama last May, rapper Kendrick Lamar performed his song “m.A.A.d. City.” The song contains the n-word (albeit ending with “-a” instead of “-er”) 21 times. When Lamar picked a white woman out of the audience to accompany him, booing ensued when she stayed true to the lyrics and used the n-word. She apologized after Lamar told her “you got to bleep one single word.” The audience didn’t want to let her finish, but Lamar let her anyway.

A month later, Netflix Chief Communications Officer Jonathan Friedland was fired for uttering the n-word during a company meeting about being more race conscious and another time a few days later in reference to the controversy over his using it at that first meeting. Although the details haven’t been disclosed, there is no indication Friedland used the word maliciously. It’s use by a white man seemed to be the issue. Criticism was compounded for some because he did not address what he said (and potentially risk saying the n-word a third time) during a meeting with black Netflix employees.

In a memo to employees about Friedland’s firing, Netflix CEO Reed Hastings asserted: “For non-Black people, the word should not be spoken as there is almost no context in which it is appropriate or constructive (even when singing a song or reading a script).” Regarding the Kendrick Lamar show, the BBC quoted the artist Yizzy saying: “If you use the word… and you’re not of any black heritage, in this modern day world, be prepared to face a backlash.”

And then there was Schnatter this week. He had already resigned as Papa John’s CEO in January after his criticism of NFL players kneeling during the National Anthem provoked controversy. Then it was revealed this week that, during a crisis-management training call involving Papa John’s executives and the staff of the marketing firm the Laundry Service to prepare for any future instances like the NFL kneeling issue, Schnatter used the n-word. He reportedly said “[Kentucky Fried Chicken founder] Colonel Sanders called blacks [the n-word]” and never suffered a backlash.

Sanders sold his chain’s American locations in 1964 and died in 1980, so it’s not really the same – even if his image is still used to promote the company. Schnatter told Forbes magazine: “Regardless of the context, I apologize. Simply stated, racism has no place in our society.” After the Forbes article was posted and shares in Papa John’s fell by almost six percent, Schnatter resigned as chairman of the company.

This helped Papa John’s stock, which rose 11 percent after the news of his resignation. He may be out as chairman, but he remains on the board and retains ownership of 24 percent of company stock.  Over at Laundry Service, however, the loss of Papa John’s account – which the firm terminated after Schnatter said the n-word – helped bring about a layoff of 10 percent of its staff.

All those who uttered the n-word were contrite. They were not afforded a modicum of forgiveness.

While the woman at the concert suffered pain and embarrassment that will likely be her own personal millstone, Friedland and Schnatter are both in their 50s and radioactive – relatively unemployable in their fields of expertise. And there are dozens of people out of work at Laundry Service for Schnatter’s misstep. And he may be gone from Papa John’s front office, but Schnatter’s name is synonymous with the company and he is the face of the brand (like Colonel Sanders). How many consumers will still turn their backs and how many jobs might this cost? It’s too soon to tell.

Beyond bottom lines, Project 21 member Derryck Green, Ph.D. also worried that demonizing people for using the word while not considering the context risks trivializing what racism can be:

Because of our zero-tolerance culture, context is usually discarded. Witch hunts need victims. But context matters.

In context, it’s clear that John Schnatter wasn’t using the n-word as a racial pejorative. It’s also no proof that he’s a racist. Schnatter was simply trying to draw a parallel between his situation and the public and financial price he’s paid, and another situation where the n-word was used deliberately as racial disparagement accompanied by the relative lack of consequences resulting from it.

This stupidity is nothing more than an attempt by racial totalitarians to further punish a guy who rightly questioned the legitimacy of NFL protests and how these “protests” decreased NFL ratings, reduced the number of people who saw Papa John’s commercials, which in turn reduced his company’s revenue.

If this is racism, then that word has lost all its original meaning.