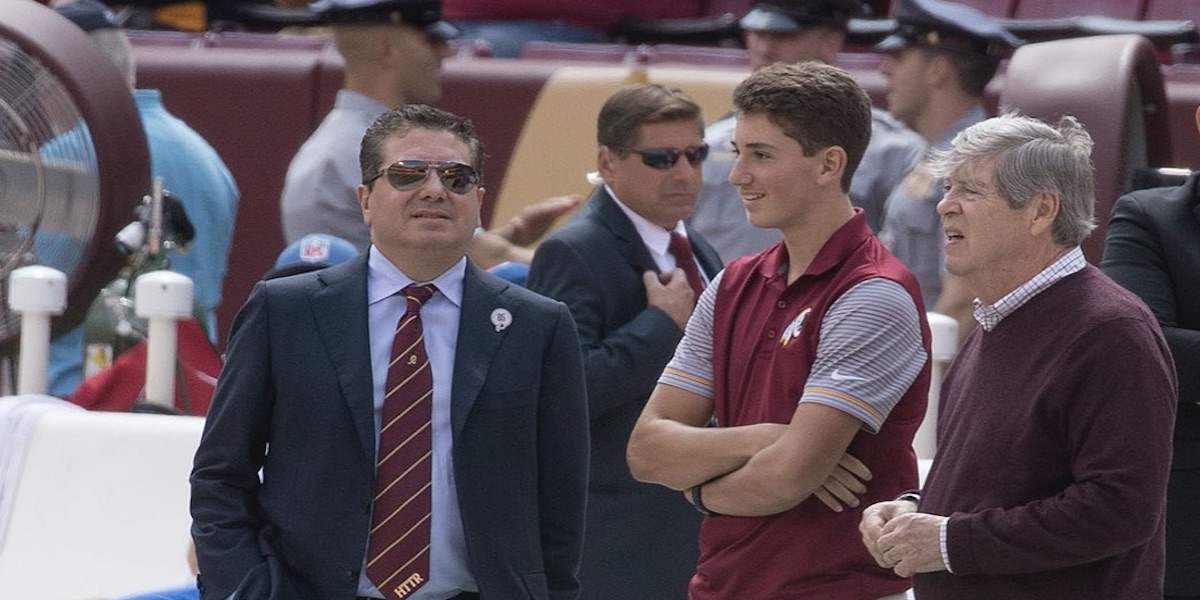 ConservativeBlog.org
Posted at 12:48h in Blog, Featured by David Almasi

With professional football set to kick off in a blaze of social justice glory, the future of the sport may be at risk.

In a new commentary for InsideSources, National Center Vice President David W. Almasi writes that National Football League Commissioner Roger Goodell “has abdicated authority to the woke scolds.” David suggests that it is up to team owner Dan Snyder to bring things back to neutral before it’s too late.

“While it’s unclear what might emerge from this Pandora’s huddle,” David notes, “it does seem likely to turn off many loyal fans.”

This year it is expected that players will be allowed to kneel for the national anthem – and will do so in large numbers. Polling already indicates that this will have an impact on fans:

A recent Yahoo News/YouGov poll found a majority of NFL fans want players standing. More important, fans opposed to kneeling expect to watch markedly fewer games (and the lucrative commercials that play during them) once the NFL goes woke.

That’s where Snyder can be key. He is the owner of the former Washington Redskins. He was pressured to change the team’s name a few months ago after years of pressure peaked during the initial Black Lives Matter rioting. David points out that Snyder has created “a unique opportunity” to “make a statement about the politicization of professional sports.”

David urges Snyder to take things over the top and “make gameday a politically correct spectacle”:

In a stroke of genius, [Snyder] didn’t quickly settle on a new name. For now, the controversial former Washington Redskins are the bland Washington Football Team. Critics call this “ridiculous,” but it’s certainly not offending anyone like the Vikings, Chiefs and 49ers do.

Among David’s suggestions to Snyder:

When it comes to anthems and kneeling and anything else political, ban it all:

In other words, no fun.

“In making a spectacle, at least for one game,” David writes, “the Washington Football Team could draw enough attention to football’s dystopian future to bring sanity back to sports.”

To read all of David’s commentary – “Washington Owner Could De-Politicize NFL by Making It Boring” – which has appeared in newspapers such as the Orlando Sentinel, Rome News-Tribune and Finger Lakes Times, click here.