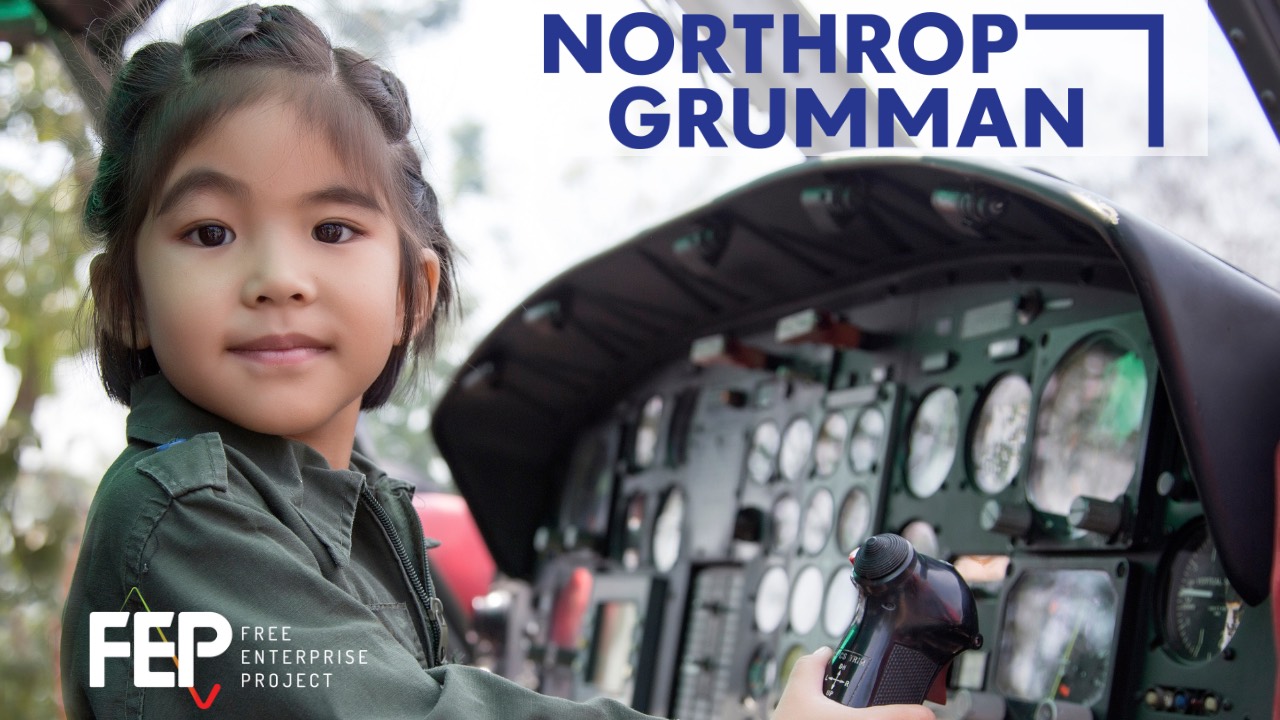 Washington, D.C. – After shareholder activists from the Free Enterprise Project (FEP) challenged three corporate partners of the Human Rights Campaign (HRC) at their annual shareholder meetings this week, Northrop Grumman promised to reexamine the partnership, Nordstrom doubled down on support of HRC and Macy’s hid from the question.

“HRC has led the most prominent opposition to Florida’s Parental Rights in Education bill, and corporations are funding these efforts with shareholders’ money,” FEP Associate Ethan Peck said after the meetings, where he asked each of the three CEOs: “Do you believe it’s acceptable for teachers to discuss sex with young children? If not, will you end your sponsorship of HRC?”

Peck’s question drew a different response from each CEO.

“We’ll certainly take under advisement the work of the campaign and the issue of our support to them,” Northrop Grumman CEO Kathy Warden responded at the company’s annual shareholder meeting Wednesday in Falls Church, Virginia.

“We do not necessarily support the objectives of all of the organizations that we participate in, holistically.” she continued. “There is good work done by all of them, but there is also work that we may not support directly. And we provide good governance over those relationships, but we do not control their message. And I’ll take under advisement this one in particular, and we will do so following the meeting.”
ᐧ
Nordstrom President Pete Nordstrom’s response was quite different. Since Nordstrom’s meeting on Wednesday was held virtually, a moderator was able to pre-screen and reword Peck’s original question, instead asking: “Why does Nordstrom support the Human Rights Campaign?”

We stand in support of our LGBTQ+ employees, their families and their communities. And believe that everyone should feel free to be who they are whether they’re at home, at school, or shopping or working at one of our stores. That’s why we felt it was important to sign on to a statement from the Human Rights Campaign earlier this year, joining other businesses in affirming support for the LGBTQ+ community.

The reworded question, and Nordstrom’s answer, can be heard here.

“Nordstrom is well aware that opposing anti-grooming legislation is an indefensible position to hold with shareholders and the public. That’s why he didn’t address the question directly,” Peck responded after the meeting. “But he was also eager to advertise support for HRC because of the company’s reciprocal relationship with HRC. Corporations give money to HRC for the sole purpose of ‘earning’ a perfect score on HRC’s annual Corporate Equality Index. Nordstrom wants to have it both ways – keep that bribe with HRC going, but also evade responsibility for its involvement in HRC’s radical actions.”

“HRC has grown corrupt,” said FEP Director Scott Shepard. “It lies about the so-called ‘Equality Act.’ It lies about Florida’s anti-grooming legislation. It lies about the true positions of its sponsors. Sponsorship of HRC has become a tremendous liability for American corporations, and a moral wrong.”

Investors wishing to oppose corporate support of HRC and other “woke” policies infiltrating Corporate America should download FEP’s 2022 editions of the Investor Value Voter Guide and the Balancing the Boardroom guide. Other action items for investors and non-investors alike can be found on FEP’s website.

Today’s meeting marks the 39th time FEP has attended or attempted to attend a shareholder meeting so far in 2022. To schedule an interview with a member of the Free Enterprise Project on this or other issues, contact Judy Kent at (703) 477-7476.