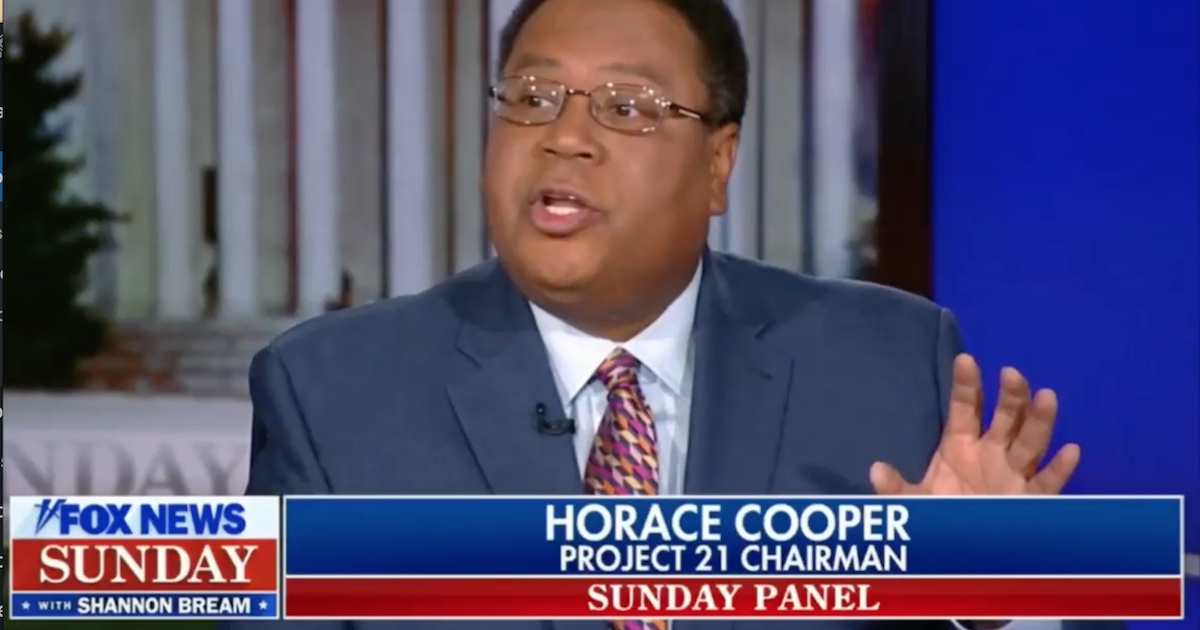 Media Appearance
Posted at 11:32h in Featured, Project 21 by The National Center

On today’s episode of “Fox News Sunday,” Project 21 Chairman Horace Cooper discussed a variety of topics with a panel and host Shannon Bream.

Horace noted the double standard inherent in the way President Biden is being treated over the discovery of classified documents in his home:

What this does reveal is that we live in a two-tiered system. If you were a civilian or in the service, what you would find — with evidence of this kind — you’d already have been frog-marched out. It’s not about the difference between the president and the former president. It is the difference between those who are elites and those who are not.  Why do we have laws if we’re not going to hold people accountable for the violations of them?

He also reflected on the legacy of Dr. Martin Luther King, Jr.:

I think Martin Luther King would be extremely excited about what America has accomplished in the name of the vision of equality of Americans. But I think he would also be very disappointed…. A new racism is developing in America that needs to be stopped. White people, males, etc. deserve just as much welcoming in American society as Rosa Parks.