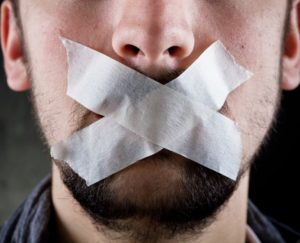 In the space of just a few weeks, the quality of American freedom has been cheapened and its future made uncertain by a renewed assault of left-wing radicals bent on having their own way — and running roughshod over all other opinions in the process.  It’s political correctness all over again.

To follow are the some of the most high-profile recent examples of this re-invigorated, authoritarian thought police of the far-left:

This intolerance is political.  It is issue-driven.  It is meant to ensure a leftist agenda prevails despite legality, logic or popular support.

In Washington, despite liberal declarations in 2008 that America was entering a “post-racial” era, the race card seems to be played more than every.  Free speech through political contributions (from conservatives, at least) is under fire even though the U.S. Supreme Court, for one, continues to invalidate onerous campaign finance restrictions.  Adherence to traditional values, and being outspoken about it, for instance, can put a target on someone’s back.

Kevin Martin, a member of the National Center’s Project 21 black leadership network, condemns this resurgence of political correctness and intolerance of a diversity of viewpoints that now seems to permeate American society, saying:

As more Americans sour on President Obama’s failed brand of progressive politics, a very vocal minority of hardcore partisans wants to shoot down any support for traditional ideas in our constitutional republic.

This radical fringe — which remains unrestrained by others who share their beliefs but either don’t wish or are afraid to attempt to check their zeal — thinks it has the right to be the thought police of America.

While sternly denying corporate identity when Mitt Romney or the U.S. Supreme Court recognized it, these people now bestow a similar personhood on government.  More precisely, they now appear to seek to personalize policy in such a way that opposition to the will of the government can get someone tagged as racist because the government — in their view — is now Barack Obama.

Anyone who believes our government should be held accountable also seems likely to be similarly smeared by these people as a racist.

Furthermore, this cadre of radicals does not limit its policing of thought to one’s feelings on government.  Whatever it seeks to redefine, it wants to set the prevailing opinion that must be held by all.  Americans who have spoken out on the issues of traditional marriage, for example, have found themselves attacked, protested and forced out of public and private positions they have earned on merit because they dare to hold views counter to the mob.

These radicals have also sought to imprint their opinions on America through the media, public institutions and schools.  Anyone who is found to hold beliefs counter to theirs are often smeared as racist, traditionalist, nativist, sexist or homophobic because what this small minority has not yet been able to do is stop the exchange of ideas that Americans have come to appreciate and is still guaranteed by our Constitution.