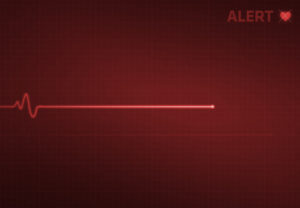 It’s more of the same when it comes to jobless numbers.  And that’s not good.

The federal unemployment rate, which was released today, remained the same at 6.3 percent for the month of May.  Fewer jobs, however, were created — 71,000 fewer — than during the previous month.

The percentage of people participating in the labor force also remained unchanged.

But while the April and May jobless numbers were relatively unchanged, the quality of life in America can definitely be observed as in decline.  All around, there is a sense of foreboding.  There is misery about the present and trepidation about the future.

For example, a new poll of college seniors commissioned by the Young America’s Foundation found that 51 percent those soon to be in the workforce are “nervous” about life after graduation.  The fears are justified, since 56 percent reported not having obtained a single job interview thus far and 44 percent are planning to move back in with their parents after graduation.

And 37 percent of graduating seniors don’t believe they will end up better off than their parents as has generally been the case in the modern era.

As he does regularly when the federal unemployment figures are announced, Project 21 member Derryck Green gives his analysis of the state of the economy under the stewardship of the Obama Administration.

And Derryck is very skeptical of the suggestion made by some that the American economy is actually in recovery:

Bad news for the Obama Administration related to the Veterans Affairs scandal, a tepid commencement speech at West Point that was coldly received by its graduates and the extremely questionable decision to trade five high-level terrorists from Gitmo for “missing” soldier Bowe Bergdahl seems to have — for now — distracted the nation from ongoing troubling economic news.

But none of these things change the reality that a country forced to depend on leftist policies for wealth creation and economic growth won’t create wealth and won’t grow.

Such as appears to be the case in America right now.

According to the federal National Bureau of Economic Research, the nation is now into the sixth year of a supposed economic recovery.  But the economy seems to embody anything but recovery.

The new jobless rate, as measured by the federal Bureau of Labor Statistics, held at 6.3 percent in May.   ADP, a private company, announced prior to the government’s release that they found only 179,000 private sector jobs were added in May.  The BLS said 217,000 jobs were created, which was still down by 71,000 from April.

Despite an appearance that the unemployment rate remained relatively steady over the last two months, May was instead yet another month in which job creation didn’t keep up with population growth.

Speaking of those left out of the workforce, the BLS’s alternative U-6 rate — the rate that includes all those looking and those who are underemployed or have given up looking for work — fell only slightly to 12.2 percent.  That means the total unemployment rate, the real and all-encompassing unemployment rate according to many economic experts, is around twice what the government claims and most of the media reports about.

As it pertains to Hispanics and blacks, jobless numbers rose to 7.7 percent and fell slightly to 11.5 percent, respectively.

Black unemployment has a history of being roughly twice the national rate.  Unfortunately, the black employment rate hasn’t “rallied” nearly as quickly or effectively as it has for the country overall.  A reason?  Blacks have continued to diligently look for work longer than the national prospecting average, which means they’re counted as being part of the labor force for a longer period of time.

And the joblessness crisis is just one of America’s economic maladies.  The growth of the nation’s gross domestic product during the first quarter was recently downgraded from 0.1 percent to -1 percent.  This means that the economy actually contracted during the last quarter.  This is the second such economic contraction in three years — the other being the first quarter of 2011, when the economy “grew” at -1.3 percent.

Earlier this month, when addressing the most recent economic contraction before the congressional Joint Economic Committee, Federal Reserve Board Chairwoman Janet Yellin told lawmakers that she viewed the contraction as a “pause” in growth.  A pause?  A pause would be zero growth.  A percentage-point shrinkage of the GDP isn’t a pause.

Only a progressive can walk backwards while claiming to be moving forward.

In addition to the economic contraction, the Wall Street Journal reported that worker productivity also plunged 3.2 percent in the first quarter.  Economists continue to blame the harsh winter for the drop in worker productivity and contraction of the GDP, but drops such as these cannot just be a freak byproduct of the weather. 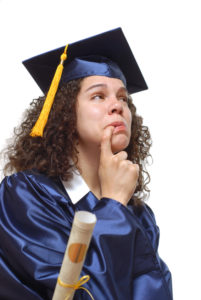 Many of those who can’t afford to purchase homes are the often-cited Millenials. With increasing school debt, less-than-perfect credit, tougher qualifications for lending approval — combined with the inability to find work — Millenials are being prevented from productively participating in and contributing to the economy.  That’s why probably a third of Millenials are currently living with their parents.

The present situation affecting Millenials doesn’t inspire much optimism for the future of our economy.  But it’s not just Millenials who are having a rough go at finding work.

According to the Labor Department’s own statistics, more than 10 million men aren’t in the labor force.  This means they’re not working or looking for work.  This is a record high.

Additionally, there are 3 million men who are counted as being in the labor force but who aren’t employed.  These are men who would work if they could find a job.  That’s 13 million men negatively affected by the recovery who would otherwise be participating and contributing to the economy.

And people think there’s a war on women.

This, apparently, is economic recovery.

To give more insight into just how bad the national apathy is regarding our current economic picture, a recent poll commissioned by Express Employment Professionals showed that 47 percent of unemployed people have completely given up the hope of finding a job.  In a CNN poll, 60 percent said that their version of the American Dream was unachievable.

Can Obama do something advantageous for the country to spur the economic engine, if only for optics?  Forget it.

Obama’s new, congressionally-circumventing EPA regulations that claim to reduce carbon emissions over the next 15 years will actually reduce the presence of the coal industry.  It is also expected to wipe out over 200,000 jobs, cost the economy upwards of $50 billion dollars a year and increase electricity rates — fulfilling Obama’s assertion that “electricity rates would necessarily skyrocket.”

This isn’t economic recovery under his energy agenda by any stretch of the imagination.

The past six years have demonstrated a clear, unadulterated truth.  From the moment Obama sat down in the Oval Office, the well-being of the economy was never really a priority of his domestic agenda.

Instead, Obama eagerly sought to implement as much of his expensive ideology as he could.  From the stimulus bill, to investing in “green” energy, to increasing taxes and nurturing class warfare and entitlements and government dependency.  To his financial reform bill and endless new pages of EPA regulations, the President apparently never intended to resurrect the economy.

Don’t expect him to start now.