20 Jul 2014 NAACP, ACLU Sue Again to Make it Legal to Abort Babies Because of Race, Sex

Having been thrown out of one court already, the NAACP is once again suing to make it legal to abort babies in the state of Arizona solely on the basis of the race or sex of the unborn. 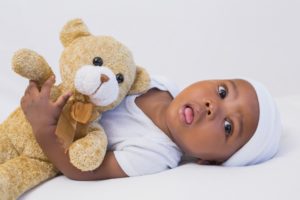 Previously, in 2013, the NAACP and other groups sued for the overturn of “The Susan B. Anthony and Frederick Douglass Prenatal Nondiscrimination Act,” a law passed in 2011 making it a felony for a doctor to knowingly perform an abortion if it is known that the mother is being coerced into the procedure because of the race or the sex of the unborn baby.  They said the law was prejudiced against minorities (even though the law was all-encompassing and did not single out any racial group in its enforcement) and thus restricted access to abortion.

The federal district court judge in this case ruled that they lacked legal standing and dismissed the case.

Now, the Arizona chapter of the NAACP and the National Asian-Pacific American Women’s Forum, with the representation of the American Civil Liberties Union, is suing in the federal 9th Circuit Court of Appeals.  They are now claiming that the law is rooted in racial stereotypes.  Once again, the law contains no racial specifications.

The law generally applies to doctors who would knowingly perform an abortion on someone pressured into the act because someone else was not happy with the race or gender of the unborn baby.  While that alone smacks of racist intent, add to it the fact that it is reported that none of the plaintiffs or their lawyers can point to proof that the law has had a disparate impact or that minorities are already at risk of prosecution.

Derryck Green, a member of the National Center’s Project 21 black leadership network, commented on the previous lawsuit and the absurdity of the NAACP’s crusade against protecting the unborn from the hate crime of an abortion based solely on sex or race.  He is now commenting on this newest lawsuit, which could eventually see this argument before the U.S. Supreme Court:

It’s as if the NAACP hasn’t done enough to dishonor its legacy and completely ruin its reputation as a civil rights organization.

Grasping for political relevancy, the so-called civil rights group’s Arizona chapter, with the help of the ACLU, is suing the state of Arizona once again in an attempt to achieve greater access to race and sex-based abortion.

After their first lawsuit against the law – one that claimed it restricted access to abortions – failed, the ACLU is now making a claim on behalf of the NAACP chapter and National Asian-Pacific American Women’s Forum that black and Asian women in Arizona “must endure the humiliation of living under a government that views them as a threat to American values simply by virtue of alleged character flaws possessed by persons of their race.”

In other words, black and Asian women who might be the subject of a race or sex-based abortion shouldn’t have to be associated with the stigma of intentionally having an abortion based on race or gender.  Instead, they should be free to kill their preborn babies without impunity and perhaps under duress.

Again, “The Susan B. Anthony and Frederick Douglass Prenatal Nondiscrimination Act,” the Arizona law in question that has yet to see a prosecution, makes any and all abortions based on the race or sex of the mother or preborn child illegal.  It also criminalizes anyone who knowingly performs an abortion that is the result of race or gender.  Lastly, it criminalizes anyone who engages in physical or verbal coercion that leads to a race or sex-based abortion.

So, in reality the person getting the abortion is not even at risk of prosecution.  And this fact, and the lack of any such use of this law to enact a sweeping ban on minorities seeking abortions, should show how precise the law is tailored.  But the ACLU, NAACP and NAPAWF still say that minorities are being persecuted.  Not by those who wish to see the unborn killed because of race or sex but by those who want to prevent such unnecessary and hateful murders to be committed.

It would seem the NAACP is still not content with the disproportionately high numbers of abortion in the black community.  It would seem to want more, and its Arizona state chapter will apparently sue repeatedly to make it happen.

Imagine if a white person or predominately white so-called civil rights organization endeavored to sue a state in an attempt to rescind a law that prohibited race and sex-based abortions because they wanted to increase the numbers of black babies aborted.  It would rightly be called racist, and one can believe that the NAACP would waste no time letting America know about such racist intentions, which they would likely say is a reflection of a greater racist America.

Yet the NAACP is itself engaged in this very same practice.  In my opinion, it clearly indicates their reprehensible hypocrisy.  The NAACP is actively supporting a position – through word and deed – that would increase abortion in the black community.  Doing so effectively undermines the association’s shrinking credibility when it comes to being an advocate against racism.

Who should take seriously any organization that protests and demonstrates against racism while, at the same time, advocates a form of racism itself?

Since racism as a comprehensive obstacle to black advancement has been overcome, the NAACP no longer has moral or cultural relevancy.  It should therefore drop the pretense of being a civil rights organization.  In this case, the group obviously refuses to believe civil rights extend to those in the womb.

NAACP leaders should admit what it has become and what any Americans already know – it’s a political advocacy group that seeks to advance progressive political causes.