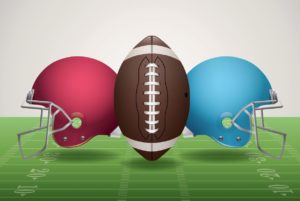 Tony Dungy, the first black coach in the National Football League to win a Super Bowl (and who is now a commentator for the NBC television network), is under fire for comments he made about Michael Sam.  Sam is the first openly gay player drafted into the NFL.

Dungy, who said his comments were made shortly after Sam was drafted by the St. Louis Rams, told the Tampa Bay Tribune that he personally “wouldn’t have taken” Sam in the NFL draft.  Dungy qualified his decision, saying: “Not because I don’t believe Michael Sam should have a chance to play, but I wouldn’t want to deal with all of it… It’s not going to be totally smooth… things will happen.”

After the Tribune published the comments on July 20, Dungy explained to syndicated sports talk host Dan Patrick that he was quoted shortly after the NFL draft this past May and after Sam seemingly surprised even his new bosses on the Rams by signing a now-shelved deal with Oprah Winfrey to produce a reality show about his NFL career.

But Dungy is nonetheless under fire for his comments, with critics essentially calling him a bigot.  For example, a New Orleans Times-Picayune editorial called Dungy’s remarks “cowardly or bigoted.”  ESPN’s Dan Graziano wrote “the silliness carries the stench of bigotry and really has no justification.”  And Indianapolis Star columnist Bob Kravitz wrote that Dungy’s feelings have “everything to do with his personal disapproval of Sam’s sexuality.”

Kravitz went into Dungy’s past to make assumptions about his feelings right now — which really don’t seem to fit.  Dungy received a “Friend of Family” award from the Indiana Family Institute in 2007.  The group opposes gay marriage, and Dungy said at the time, “I appreciate the stance they’re taking.”  Yet Dungy also tweeted in 2013 about Jason Collins, the first openly gay player in professional basketball: “I don’t agree with Jason Collins’ lifestyle, but think he deserves respect and should have opportunities like anyone else!”

But not wanting to draft Sam seems to automatically make Dungy a bigot.  Case closed, in the eyes of the liberal media.

Nadra Enzi, a member of the Project 21 black leadership network, sees the attack on Tony Dungy as part of a larger assault to blunt any and all criticism of gay marriage, particularly criticism by black men:

Tony Dungy isn’t required to prostrate himself at the secular altar of gay rights.  He made a valid assessment and isn’t a “cowardly” or “bigoted.”

Black men are free NOT to be part of the political correctness choir.  This seems to be more of an issue of using this football player to advance a majority white, progressive assault on traditional marriage and gender roles.

It seems any black man who speaks contrary to this trend must be demonized, lest more of his people follow suit.