Well, that was quick.

On Friday, Project 21 members in the St. Louis area were praising the NAACP’s St. Louis County chapter for pushing back against state and national leaders after a “travel advisory” was issued that cautions minority populations that might be visiting or passing through the Show Me State. Within a few days, however, the local chapter reversed itself and now supports the advisory.

In the group’s original statement, the county chapter recognized the negative effects the NAACP advisory – which warns that “[r]ace, gender and color based [sic] crimes have a long history in Missouri” – might have on Missouri’s hospitality industry. While not necessarily agreeing with a new anti-discrimination statute cited in the advisory, the statement noted it nonetheless helped Missouri law align with similar rules in 38 other states.

But now the St. Louis chapter of the NAACP has signaled its agreement with higher-ups that there is a “looming danger” for minorities in Missouri. “[A]fter additional study and consultation with our state conference,” the chapter announced that it “wholeheartedly supports” the advisory. 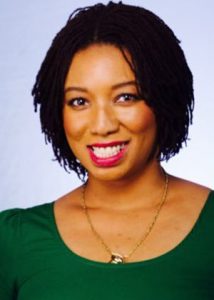 They’ve now decided they really don’t like the new law. There continues to be, by the way, silence at all levels of the group as to why the advisory did not address the extremely high murder rate in St. Louis and how that affects the quality of life of minority groups.

“Well I guess the jobs of black people in Missouri aren’t as important as was previously stated,” remarked Project 21 Co-Chairman Stacy Washington. “Now, if the upcoming major religious conferences cancel because of the NAACP travel advisory, Missouri workers and businesses can thank the NAACP.”