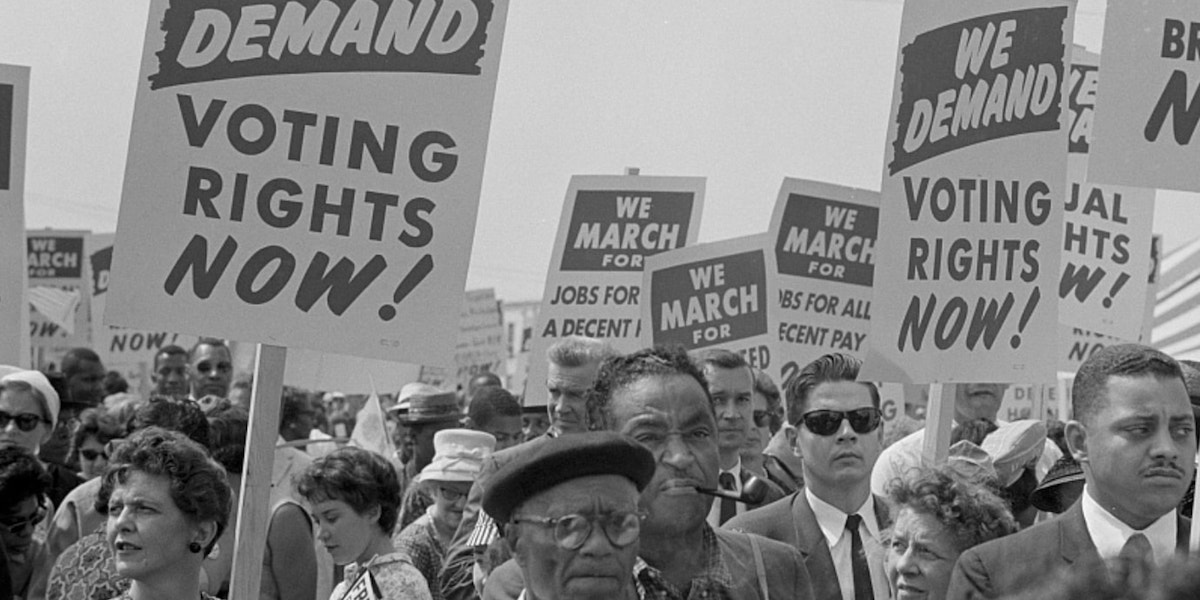 Washington, DC – Although poll taxes and literacy tests have been illegal for many decades, blacks are still being denied their rights to fully participate in elections today, according to the black leadership network Project 21.

While the techniques used now to restrict the black vote are more subtle and sophisticated, Project 21 says, the end result is the same: Blacks aren’t being given an equal voice in elections.

To ensure that every black citizen has an equal voice in selecting elected officials at all levels of government, as intended by the 1963 Voting Rights Act, Project 21 recommends specific voting reforms in its “Blueprint for a Better Deal for Black America.”

The Blueprint is Project 21’s 57-point plan for ensuring blacks have a fair chance at the American dream.

“Today’s voter suppression doesn’t come from men wearing hoods. It comes through voter dilution due to phony voters on the rolls  convicts, illegals and ghosts,” said Project 21 Co-Chairman Horace Cooper, a former professor of constitutional law and senior counsel to congressional leadership. “The effect is the same – bona fide black citizens have their votes cancelled or drowned out.”

Blacks are more likely to be victims of voter fraud than other Americans, the group says. Former New York political operative Anthony DeFiglio, who pled guilty to falsifying business records, explained to the police why this is: “[We] targeted [for voter fraud] those who live in low-income housing… there is a sense that they are a lot less likely to ask questions.”

Project 21 contends that voter fraud is a significant problem for black communities, noting that when identity thieves cast votes of registered voters or on behalf of people long deceased, the votes of legitimate black voters are diminished. This, it argues, is akin to the discriminatory polling tactics practiced in the 19th and 20th centuries.

The potential for such fraud is significant: According to an analysis by Aristotle International, more three million dead people were found on America’s election rolls in 2009. The same analysis found that 12.9 million people were on voter rolls were listed at addresses where they no longer lived. In total, the study found about 8.9% of all registered voters fell under the category of “deadwood” voters who should not be allowed to vote. Additionally, a 2017 state-by-state analysis by Judicial Watch’s Election Integrity Project yielded 462 counties where the registration rate exceeded 100 percent, and found that 3.5 million more people were registered to vote nationwide than the amount of living adult American citizens.

“I don’t believe black voters are underrepresented, as some self-proclaimed civil rights leaders suggest; they are misrepresented. The lack of voter integrity weakens our true voice and causes many of us to become disillusioned,” said Project 21 member Donna Jackson, a veteran of Arkansas political campaigns. “A purge of invalid and fraudulent names from election rolls allows the spirit of our communities to be better reflected in election results. Project 21’s proposals can help ensure the interests of black voters win on election day.”

Every Monday since April, Project 21 has released policy recommendations addressing the 10 specific subject areas contained in its “Blueprint for a Better Deal for Black America.” The last release, on the topic of “ending excessive regulation,” will be published on July 9. Project 21 leaders have also briefed key staff at the White House and with congressional leadership about the 57 policy ideas – covering education, criminal justice, economics and more – available in the Blueprint.