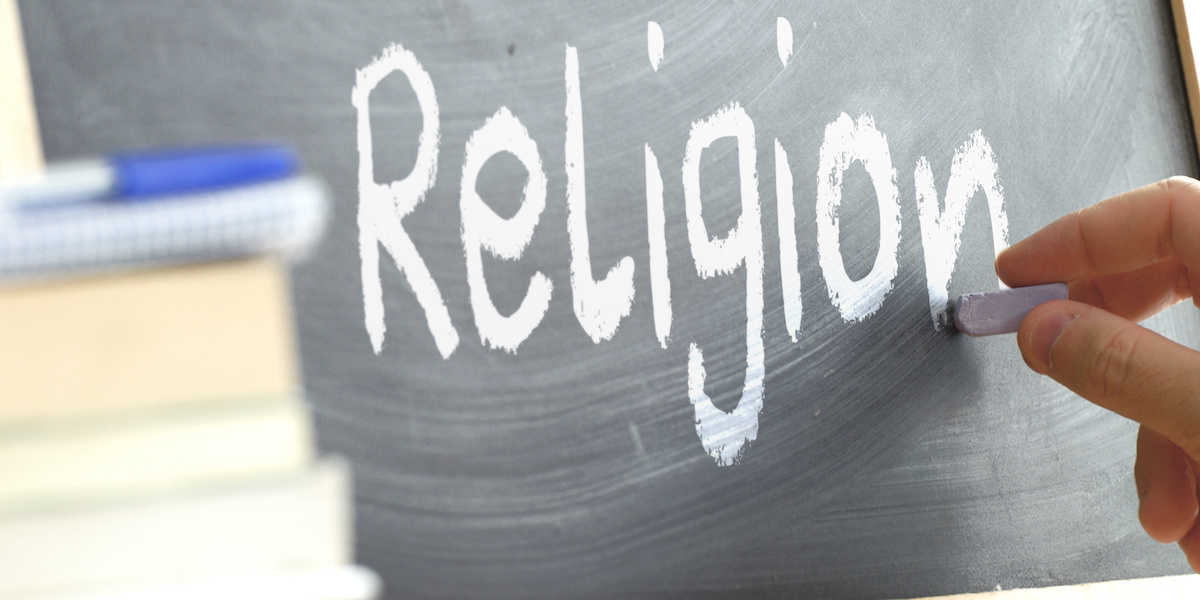 18 Nov 2018 Students Miss Out When Religious Debate is Banished from Classroom, by Derryck Green

Teachers should absolutely discuss religion with their students. A comprehensive education necessarily includes learning and discussing issues of faith.

This is not an easy process when rules keeping religion off school grounds are rigidly enforced. The underlying question that really seems to be driving the religious education debate is whether teachers should discuss Christianity with their students. The answer should be “yes,” provided that discussion does not seek to persuade or discourage students from further academic or personal consideration.

The reality is that the majority of people on the planet are religious. The majority of people in human history have been religious. Even most Americans are still religious, though the number is declining. Thus American students should be exposed to religion (or religions), if for no other reason than to have a functional knowledge of faith and principles such as doctrine, dogma, religious practice and spirituality. Students should understand religious influences on human ideas, thoughts, attitudes and behaviors — even if they decide not to follow any specific religion.

Knowledge about religion has incredible value. Religion can impart wisdom, morality, civility and mutuality. If done correctly, it regulates human impulses and bad behavior. It distinguishes between the sacred and the profane, and encourages charity and good behavior. Those who study religion will learn how others relate to the divine (or deities) through faith, and on the flip side, they  can see the practical consequences of bad religion.

These virtues nonetheless encounter pushback from those uncomfortable with discussing faith or religion in schools. Some think — specifically with respect to Christianity — that teaching religion always equals proselytization and conversion.

This irrational fear has been so reinforced that the public educational system rejects the discussion or instruction of religion altogether. In fact, this irrationality is a form of anti-Christian religious bigotry.

The resulting unfamiliarity with religion has done a tremendous educational disservice to generations of schoolchildren. Separating religious instruction from school has suppressed intellectual curiosity and exploration — reinforcing ignorance about the significance of religious effect on human progress, the rise of civilizations and overall global development.

Limiting exposure to religion leaves too few with a functional knowledge of it. Such inexperience has detrimental consequences later in life. Zealous prevention of religious instruction also creates and reinforces hysteria regarding people who take religion seriously.

As a result, religious ignorance permeates our culture.

New York Times Executive Editor Dean Baquet, trying to understand how Donald Trump won the 2016 election with the help of religious voters, acknowledged in an interview that his paper and other major media outlets simply don’t understand religion. He said: “Media powerhouses don’t quite get religion. … We don’t get the role of religion in people’s lives. And I think we can do much, much better.”

So here’s a top editor at one of the world’s most influential news outlets openly acknowledging neither he nor his institution understands the importance of religion in people’s lives.

To make his case, consider a 2014 Times print article discussing Israeli tourism that labeled the Church of the Holy Sepulcher as the place where many Christians believe Jesus is buried. The online version was later corrected to “was,” but did not inform readers of the Christian significance of the resurrection as the reason for the editorial correction. A year earlier, the Times claimed “Easter is the celebration of the resurrection into heaven of Jesus.” Easter is the celebration of Jesus’ resurrection from the dead, not his ascension into heaven.

Proving it’s not just the Times with this problem, Jennifer Shutt — a writer for the Capitol Hill newspaper Roll Call — claimed in 2016 that, during a meeting of Republican lawmakers, a Bible passage was read that “calls for the death of homosexuals.” Shutt, referring to Romans 1:18-32, either intentionally or unintentionally misinterpreted Paul’s words. An informed journalist would understand that what Shutt saw as a blanket condemnation of homosexuals actually represents the Bible’s condemnation of all those who reject God in favor of self-glorification.

Much of our society’s religious illiteracy can be overcome if teachers are encouraged to engage in unbiased discussions of religion rather than to religiously avoid it.

Project 21 member Derryck Green is a political commentator and writer. He earned his Master of Arts in Theological Studies from Fuller Theological Seminary, and his doctorate in Theology and Spiritual Leadership with a concentration in Identity Formation from Azusa Pacific University. This piece was originally published by InsideSources.