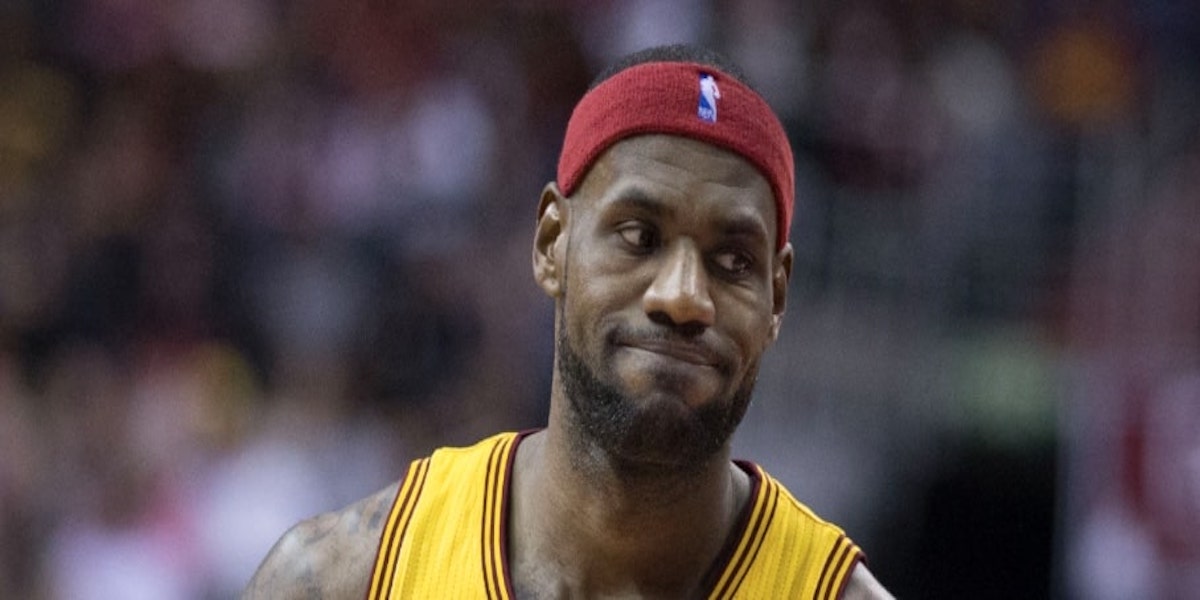 Despite National Football League owners not imposing a rule to stop players from kneeling on the field in protest while the national anthem is played, professional basketball star LeBron James has still declared the owners to be largely “old white men” with a “slave mentality.”

Members of the National Center’s Project 21 black leadership network are criticizing James for seeking to raise his public profile by demeaning and diminishing what real slaves endured to score cheap political points.

Football players who knelt while the national anthem was played during the 2017-18 football season turned off fans and may have had a long-lasting negative effect on the sport. This year, after the league considered but later abandoned a policy against kneeling, few players actually chose to continue their protests. Yet James recently sought to revive the issue and single out the owners on his HBO program “The Shop.”

In a discussion on the show, James said: “In the NFL, they got a bunch of old white men owning teams, and they got that slave mentality. And it’s like, ‘This is my team. You do what the f*** I tell y’all to do or we get rid of y’all.’”

James made this declaration about an allegedly intolerant and indignant NFL, even though the National Basketball Association he plays for has a rule against players kneeling. The NBA policy states that “[p]layers, coaches and trainers are to stand and line up in a dignified posture along the sidelines or on the foul line during the playing of the National Anthem.” When NFL protests were near their height in 2017, the NBA reached out to owners and managers to made sure professional basketball skirted the controversy.

Additionally, the roster of NBA owners has only one team owned solely by a black person. Former NBA star Michael Jordan is the owner of the Charlotte Hornets. Other teams have black owners among several members of an investors group.

About James, Project 21 member Christopher Arps, who has discussed the NFL kneeling controversy in commentary and in broadcast media, says:

In my opinion, a true “slave mentality” is being a highly paid and highly visible overseer for a political philosophy that discourages free thought and expression among its most economically and culturally disadvantaged adherents.

This is yet another example of James trying to find relevance outside of the basketball arena with divisive remarks in already deeply divided nation.

James’s comments demean and diminish the plight of actual slaves.

NFL players aren’t chained and forced against their will to work in horrific conditions with no pay. They choose to try out, after spending years preparing, and when they get to the league their employer pays them a salary – on average – 37 times higher than the average U.S. worker.

For an elite millionaire who spends $1.5 million per year just taking care of his body to equate a pro athlete’s privileged status to slavery shows just how little James knows about both slavery and reality.

LeBron’s comments highlight a classic division between black labor and white wealth. But I think it’s difficult for someone who makes millions of dollars to complain about a 1% of which he’s a part.

The old divisions between the black laborer and the white business owner from early American times of major class divisions are vastly different than millionaire employees now complaining about their bosses’ decisions that they don’t like.