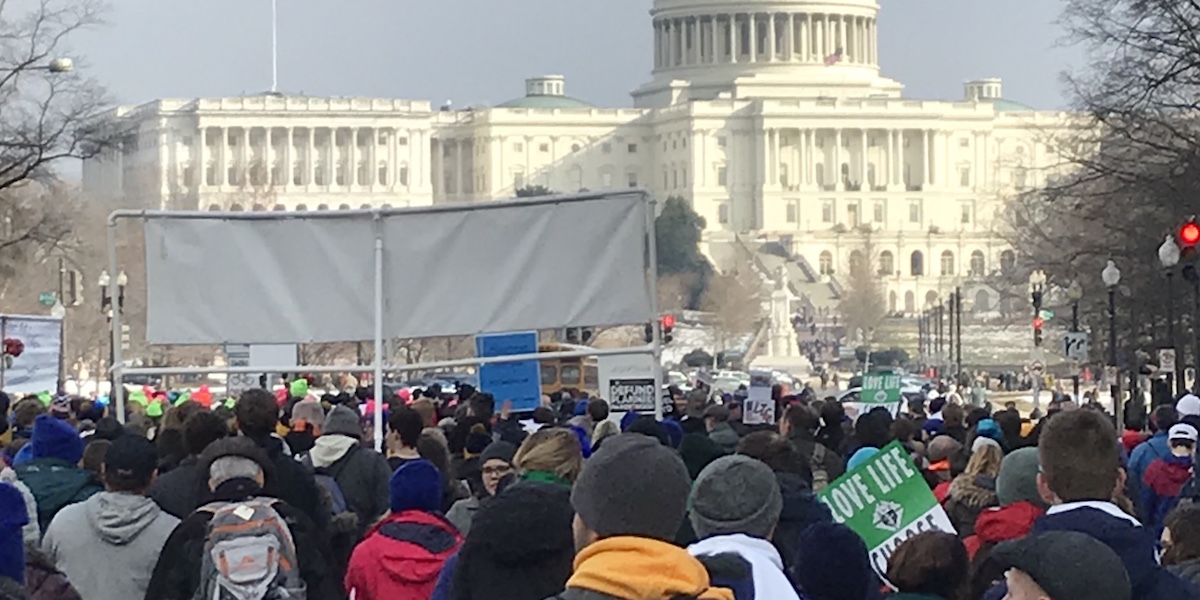 ConservativeBlog.org
Posted at 18:17h in Blog, Project 21 by David Almasi

Covington Catholic High School in Covington, Kentucky was closed on January 22 “[d]ue to threats of violence.” Such a closure is normally a moment of great concern and sometimes reflection by the media about the decline of American society. This time – notsomuch.

This time, students at the school became potential targets in part because of the media.

Covington Catholic is the school attended by those kids on the steps of the Lincoln Memorial, the ones initially alleged to have ganged up on and accosted a Native American activist and military veteran of the Vietnam War. The kids who were the focus of so much media attention over the MLK Day weekend.

Original media reports, based on a small piece of video, alleged that the kids “mocked” and “taunt[ed]” the activist. With more examination of the initial footage and additional long-form video that become available, a bigger story was apparent. A group of radical Black Hebrew Israelites was hurling insults at both the Catholic school students and the people in the Indigenous Peoples March activists. It was also the activist, Nathan Phillips, who approached the students and got in the face of Covington Catholic junior Nick Sandmann – he of the famous smirk and the pro-Trump Make America Great Again (MAGA) hat.

Sandmann, according to video that has been posted thus far, made the best of a bad situation. He has said he has “respect” for Phillips. Sandmann even helped stop another student from getting involved in a heated exchange with March activists who accompanied Phillips. And Phillips reportedly tried to provoke a similar situation the next day at the Catholic Basilica elsewhere in Washington, D.C.

Yet the media lit the match under Sandmann and his fellow students. Their school raised the possibility of expelling them. Their mayor denounced them. Social media went wild. And the media was slow to even try to clean up the mess it helped to make.

The high school has reopened, but there will be long-lasting fallout. There will undoubtedly be repercussions for the Covington kids. And the media will likely just turn its attention to the next potential scandal.

Members of the National Center’s Project 21 black leadership network are sick of the establishment media parroting the left-wing narrative against conservatives and their causes. They recognize the long-term consequences these media-driven events have on race relations and the ability to bring our nation together.

People may roll their eyes when CNN or other members of the establishment media are called “fake news,” but the smear of the Covington kids at the March for Life is another perfect example of that network in particular and the media in general manipulating events to attack conservatives.

The silent majority who elected our President, and conservatives overall, are continually attacked with fake news propaganda. Today’s media establishment essentially manufactures a sinister left-wing agenda that is the shame and mockery of our coveted fourth estate. These Covington kids were doomed the moment they donned their MAGA hats. The leftist agenda, which hates their patriotism and traditional values, is at war with our traditional flag-waving American majority… which, yes, is disproportionally white.

Obviously not satisfied with the lack of traction for criticisms of the government shutdown or the planned military withdrawal from Syria, these agitators seized on a gross opportunity to abuse their trusted positions to attack children. These lowly bottom-feeders who call themselves reporters, analysts and anchors went so far as to use selective video footage of the confrontation at the Lincoln Memorial to make these children infamous stars in the theater of fake news.

So often, their reporting goes unquestioned. But this time, thanks to a series of bystanders, we had access to full and unedited footage that was also surely available to the media. This destroyed the leftist narrative and showed the events in a whole new light that was not being reported by the media.

This seizure of the public trust, and the media’s continual abuses of its power as a political tool, make a mockery of legitimate outlets for truth. I think it’s the responsibility of every American to denounce these ministries of lies.

I’ll be saying a special prayer for the children who were hurt by these lies, and I will also pray for a day when America has a fair and honest media.

These kids broke one of the progressive commandments: Thou shalt not wear a MAGA hat.

What is most disturbing about the Covington Catholic incident is that the full video, showing what actually happened, has been available now for four days. But many people still don’t realize the version of events they initially heard about for so long on CNN isn’t true. These kids are still receiving death threats over a version of events that never occurred.

The media is culpable for not providing nearly as much coverage to its retractions as it did to the initial story. And, there seems to be no accountability. For example, conservative commentator Paris Dennard was suspended from CNN over a years-old allegation that was already public and unsubstantiated. Yet where are the consequences for biased journalists who irresponsibly push stories – known to be false – that result in threats and violence? Many journalists who pushed this false version of events in the case of the Covington student and elsewhere should be summarily fired, and many should be sued for libel.

The events tied to this story clearly show that legacy media in America is dead, and the public should invest intellectual capital in conservative and independent news sources. Most disturbing is that without social media we would have never known the truth. It begs the question: how many times were we lied to before social media, when we didn’t have the ability to question well-funded three-letter news organizations?

According to government measurements, 428,000 jobs were created in April. But 353,000 Americans left the workforce. It’s not a good …
Read More