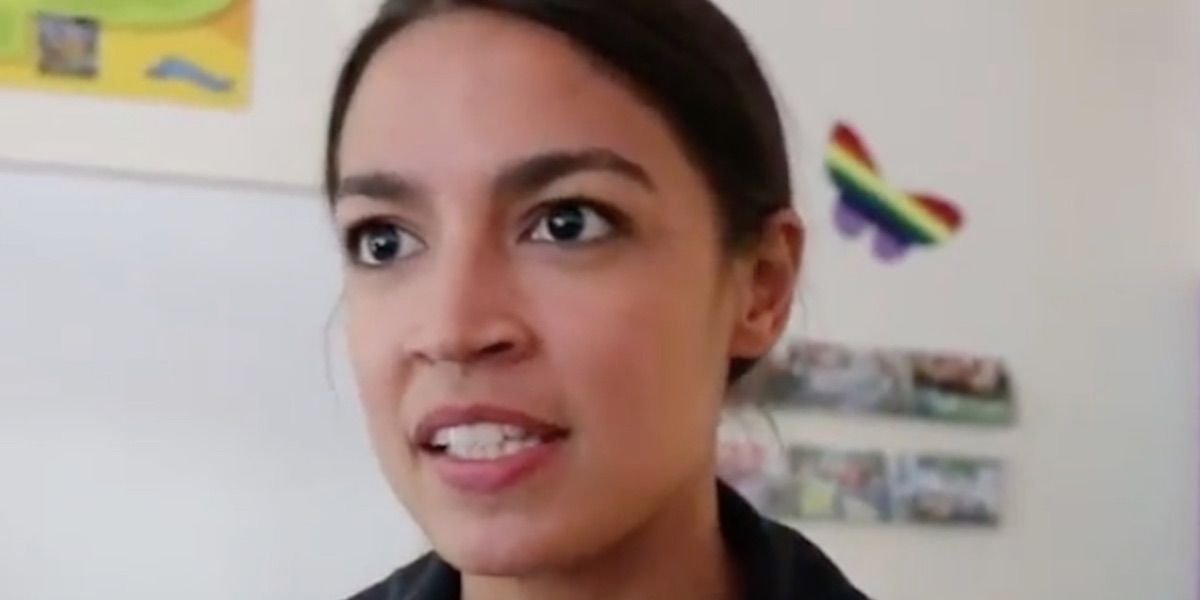 Barmaid-turned-congresswoman Alexandria Ocasio-Cortez, one of the leading leftists in Congress, is shaking things up by advocating for a top tax rate of 70 percent.

Like former President Barack Obama, who once lectured Americans that “at a certain point you’ve made enough money,” Ocasio-Cortez apparently doesn’t think “a world that allows for billionaires” is moral. She said “a system that allows billionaires to exist when there are parts of Alabama where people are still getting ringworm because they don’t have access to public health is wrong.”

The rich aren’t rich because they’ve stolen from the poor. The rich created wealth by, a) engaging in voluntary commerce with a customer base willing to pay a mutually agreed-upon price in a free exchange, and, b) taking their profits and making capital investments, which yield returns…

It’s not immoral to create a product or service that millions of people choose to buy. Immorality lies in taking wealth and income away from someone who has earned it and redistributing it to someone who hasn’t.

This is precisely what Ocasio-Cortez and Sanders are proposing: confiscatory tax rates to steal money that they haven’t earned and dole it out however they see fit, under the guise of social justice. But, there’s nothing moral or just about this plan. It’s government-sanctioned theft.

Worse still, Adrian notes that a policy that redistributes wealth is more than unfair – it’s counterproductive to overall economic growth in general and the interests of low-income workers in particular. Adrian writes:

Imposing tax rates (at any income level) of 50 percent or more are indeed confiscatory, and the impact will be stunted economic growth, fewer jobs, and reduced opportunities for the very Americans those policies are said to help. Even if the government attempts to impose restrictions on deductions and exemptions, the mega-wealthy have enough assets to simply pick up and move. It’s not a stretch to assume they will take their businesses with them.

That means the people working for those companies would then make nothing, because they’ll be unemployed.

Adrian’s assertions were shared recently by leading economic minds at the World Economic Forum. Dell Technologies CEO Michael Dell told the Washington Post, “I don’t think [the Ocasio-Cortez plan] would help the growth of the U.S. economy.” Scott Minerd, the chief investment officer of Guggenheim Partners, suggested that billionaires affected by a high tax rate “will start allocating capital in a way that is less efficient and will bring down productivity.”

Many, in the name of social justice, push for equal outcomes. Currently, some want more equal outcomes in wealth. But, when it comes to wealth (just like in any other area), guaranteeing an equal outcome is impossible.

There are too many variables in life. Some people work harder, some people are smarter, some people make better investments, some people chronically mismanage funds. So, we can never expect to see equal outcomes in wealth across groups…

One can understand the place of empathy behind proposals for increased tax rates to fund social programs. But, if you truly want to help the poor, then just help the poor. Nothing is stopping you as an individual from writing a check out of your own bank account or volunteering. Churches and private organizations have been helping the poor for years.

But, nothing should make any of us feel good about advocating the use of force to take money away from the most productive people in our society to simply hand it over to the least productive. Not only will that plan not work, but it’s also inherently unfair.

To read Adrian’s Epoch Times commentary – “The War on Success: The Wealthy and Their ‘Fair Share’” – in its entirety, click here.

Epoch Times is an international publication available in 35 countries and is translated into 18 languages.

[Ringworm, which Ocasio-Cortez seemed to consider a major health crisis, is a common skin infection that’s also known as athlete’s foot and jock itch (depending on where it occurs). It is contracted through contact with fungi during regular interactions with people, animals, dirt and shared items such as gym equipment. It can usually be treated with over-the-counter medication available at dollar stores.]