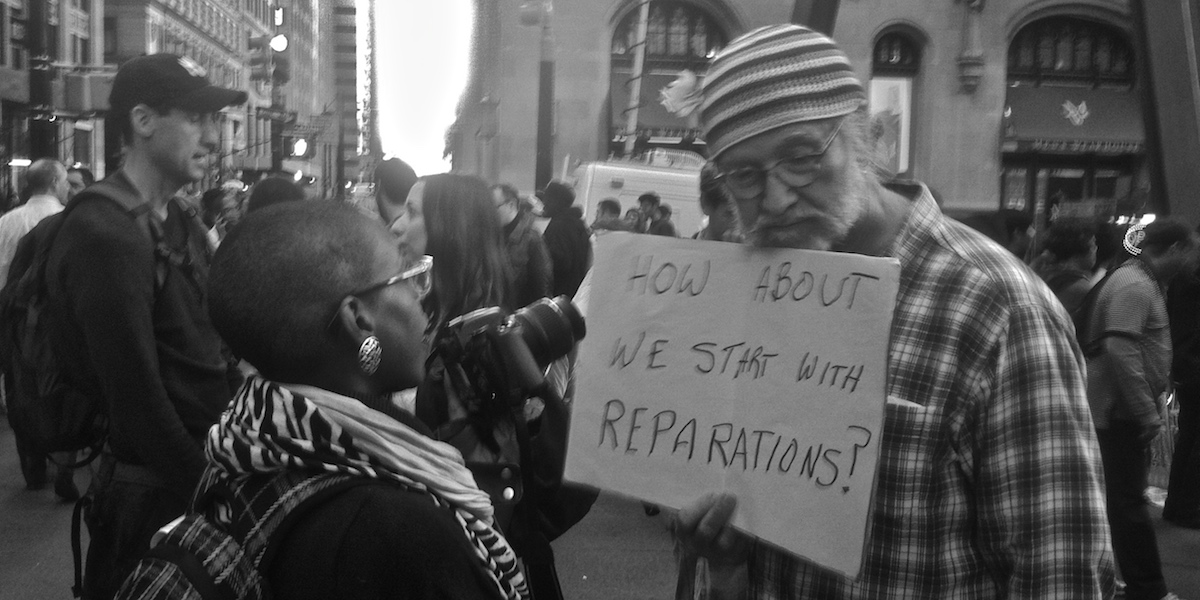 Taxpayer Payments for Slavery Would Be Unnecessary and Divisive, Says Project 21

Washington, D.C. – Calling the idea of reparations for slavery a “sham,” members of the Project 21 black leadership network say black Americans who take advantage of opportunities already available to all Americans can still achieve the American Dream. They also say an upcoming congressional hearing on reparations is a crass political move to shore up black support and will only hurt race relations.

“Slavery ended more than 150 years ago. It doesn’t make sense to force people who didn’t own slaves to pay people who never were slaves. This reparations hearing is just another way to sow division and animosity among the races. Like Confederate statues, pandering to the black community with promises of free money is a big political diversion,” said Project 21 member Donna Jackson. “The best reparations for slavery is freedom – especially a free-market economy. Our goal should be to continue to build on the accomplishments of the Trump Administration that include record-low unemployment, opportunities for entrepreneurship and deregulation.”

On June 19, the U.S. House of Representatives Subcommittee on the Constitution, Civil Rights and Civil Liberties will hold a hearing on H.R. 40, a bill to “establish a commission to study and consider a national apology and proposal for reparations for the institution of slavery, its subsequent de jure and de facto racial and economic discrimination against African-Americans and the impact of these forces on living African-Americans.” It will feature testimony from reparations proponents such as author Ta-Nehisi Coates and actor Danny Glover. The bill was introduced by Rep. Sheila Jackson Lee (D-TX), and has companion legislation in the Senate introduced by Sen. Cory Booker (D-NJ).

“Reparations is a sham. This so-called study is solely presented as a means of checking a box called locking up black support,” said Project 21 Co-Chairman Horace Cooper. “There will not be a payment. And, by falling for this sham, Congress has made it clear that there will be no meaningful requirement that policies beneficial to blacks will ever come from this House of Representatives.”

The hearing is scheduled on “Juneteenth,” an annual observance of the end of slavery in America. Contrary to the apparent political use of the day for the hearing, Project 21 members have long commemorated Juneteenth with calls for black self-improvement and for taking advantage of opportunities for advancement that are available to all citizens regardless of race and class.

“Why are blacks seeking reparations in the 21th century when slavery was ended by the Civil War over 150 years ago? Why are Congress and others all of a sudden getting in on the act? Congress should be reminding blacks that opportunities do exist for them and have existed for generations,” said Project 21 member Emery McClendon. “It’s up to individuals to discover these opportunities to succeed. Let’s flip the script from reparations to personal responsibility. The latter will bring about lasting results.”

Rep. Jackson Lee, in promoting the hearing, said: “While we have focused on the social effects of slavery and segregation, its continuing economic implications remain largely ignored by mainstream analysis. These economic issues are the root cause of many critical issues in the African-American community today, such as education, health care and criminal justice policy, including policing practices.” Project 21 recently compiled 57 policy recommendations addressing all of these issues and more in a free-market, budget-neutral manner in its “Blueprint for a Better Deal for Black America.”

“Our country was built on slavery, but those who deserve reparations unfortunately passed away a long time ago. And the wealth disparity that resulted from slavery in the United States is as strong today as it ever was – along with racial inequality and injustice in education, employment, incarceration and housing,” noted Project 21 member Derrick Hollie. “These issues, however, cannot be resolved in form of a check. Instead we need to make sure our lawmakers continue to put forth policies that will have a positive impact on descendants of slaves. They must also be wise enough not to promote policies like the ‘Green New Deal’ that similarly push false hope.”