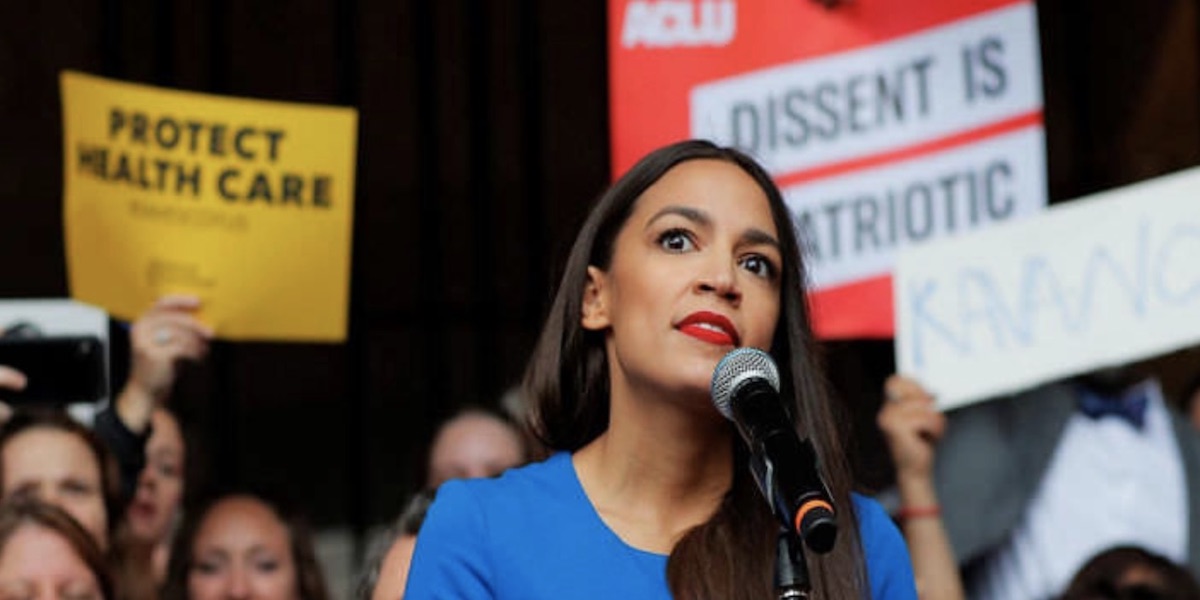 Rep. Alexandra Ocasio-Cortez continues to bring news on what feels like a daily basis. This may be for good reasons, or for bad ones, depending on who you ask. She (and her political statements) are constantly the subject of articles and commentaries, including this one, because of the controversy surrounding the topics that she speaks on.

Some of her most ardent fans may think her policies or stances are not treated fairly. However, many other individuals who disagree with her views see the importance of being as vocal as she is. She’ll continue receiving pushback against her socialist views as long as she voices them.

Ocasio-Cortez has the freedom to speak her mind in any way she chooses. However, she will never be free from criticism, especially because she is a representative of an economic and political system that opposes the freedom and free markets that many hold so dear to their political hearts.

MSNBC’s very own Chuck Todd recently felt the need to give her respectful criticism that was much needed from such a well-known figure in the media. The young, and very popular, socialist politician from New York had just compared ICE detention camps with Nazi concentration camps in a chat with her followers through Instagram. Obviously, Todd felt such an outlandish remark called for some analysis.

“She said she didn’t use those words lightly,” Chuck Todd said. “Well, neither did I.” pic.twitter.com/5CIOfWn7BQ

“You can call our government’s detention of migrants many things, depending on how you see it. It’s a stain on our nation, maybe, a necessary evil to others, an…untenable situation, perhaps. But do you know what you can’t call it?” he asked, as he played the AOC footage. “If you want to criticize the shameful treatment of people at our Southern border, fine. You’ll have plenty of company, but be careful comparing them to Nazi concentration camps because they’re not at all comparable, in the slightest.”

“I don’t want to get criticized on Twitter…” but he pressed on: “Why are we so sheepish calling out people we agree with politically these days? … Are we really so ensconced in our political bubbles, liberal versus conservative, that we cannot talk about right versus wrong anymore? Some things are bigger than partisanship. At least they used to be. And in the interim, the crux of what’s at stake is lost: What is this country going to do about what’s happening at the border, and this humanitarian crisis?”

It is amazing that AOC (and her fan base) could believe that the concentration camps of the Nazis, which were motivated by hatred of Jewish people, would be akin to the detention of immigrants at our borders. Anyone can agree or disagree with Trump’s policies on immigration or how border security is being handled, but making extreme assessments do not help the debate.