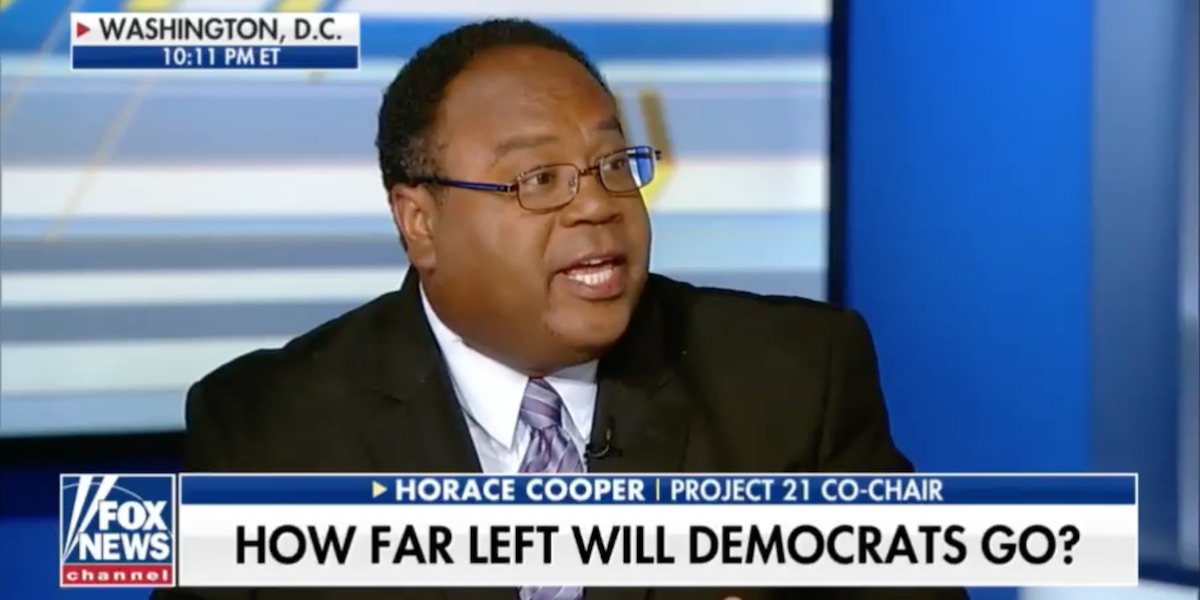 After a campaign of little substance, liberal President Franklin Delano Roosevelt used his inauguration to proclaim to the American people that the “only thing we have to fear is fear itself.” And then he went on to promote a radical agenda that transformed America while prolonging the suffering he vowed to address.

Modern liberals are still using the same sort of fearmongering to promote their agenda. And they promise an FDR-style transformation of America if they get their way. Their means of gaining power is usually through the demonization of President Donald Trump and his allies. But that tactic appears to be failing.

For example, people are recognizing that Trump policies are benefiting black America. Robert Johnson, the black billionaire who created BET, recently said he would give the President an “A+” for his handling of the economy and the effect it has had on black economic prospects.

In a discussion of liberal agendas on the Fox News Channel program “The Ingraham Angle,” Project 21 Co-Chairman Horace Cooper made the case that the quest for financial stability and prosperity motivates people more than fear:

This is what happened over the last two years of the Trump Administration. And they like it and they know it.

And it’s not just a theory. In the last election, this campaign of fear was not as successful as the liberals had hoped it would be. Horace gave the American people credit for knowing what they wanted and not succumbing to the fear tactic. He noted:

In 2018, they tried it with those “radicals” running in Georgia, running in Florida, running in Texas. And guess what? It wasn’t just white Americans – black Americans refused to vote for black candidates at the top of the ticket because they were talking crazy.

One of my favorite authors is Charles Murray. He wrote a book called Losing Ground. That’s what could be written – Losing Ground II – for what happened the [eight] years of the Obama Administration. In every single category, black Americans lost ground. Just like the rest of the country.

It isn’t true that… we are about where we were on Election Day. The truth is – from 2008 to 2016 – a whole lot of people lost a whole lot of their assets, their income and the livelihood. It started to turn around in the end.