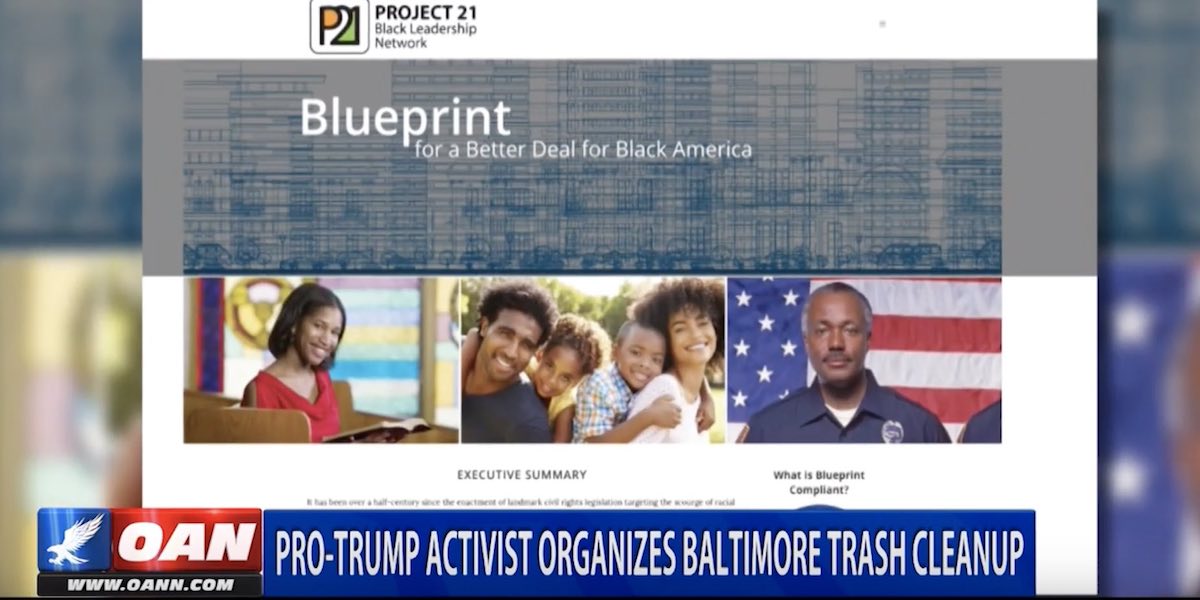 While establishment media stirs up controversy regarding the back-and-forth war of words over President Donald Trump’s tweets about conditions in inner-city Baltimore, the One America News Network showed how conservatives are trying to help fix the problems that are plaguing “Charm City.”

In OANN’s report, they prominently featured the Project 21 black leadership network’s “Blueprint for a Better Deal for Black America” and its 57 recommendations “to remove barriers blocking blacks from reaching their full potential and ensuring the American dream is attainable to all.”

“A lot of inner cities are mini-Venezuelas,” said Project 21 member Marie Fischer, a Maryland resident. “People keep pointing out that ‘oh, our country is gonna be like Venezuela if we go towards socialism.’ We already have cities that are there.” President Trump, with his tweeting, he’s pointing out – look, socialism is here, and look at the results. Don’t look to other countries. Just look in our own backyards.

Regarding spending, the Blueprint specifically recommends that illegal immigrants be barred from non-emergency public funding to stop a wealth transfer from the poor to non-citizens. Marie said:

Just cut off the funding for any agency [subsidizing illegal aliens]… We’re spending on people who are not citizens instead of taking that money and spending it on Baltimore. Spend it on Memphis. Spend it on Chicago. Spend it on citizens. Spend it on black Americans.

Also featured in the OANN report was Scott Presler, a political activist organizing conservatives to physically clean up Baltimore. On August 5, Marie is joining Presler and others in a day-long clean-up of the neighborhoods called out in the President’s tweets.

Presler told Rion: “I was seeing everyone complaining and nobody doing… I’m gonna take this opportunity to do something… I’m gonna go to Baltimore and help.”