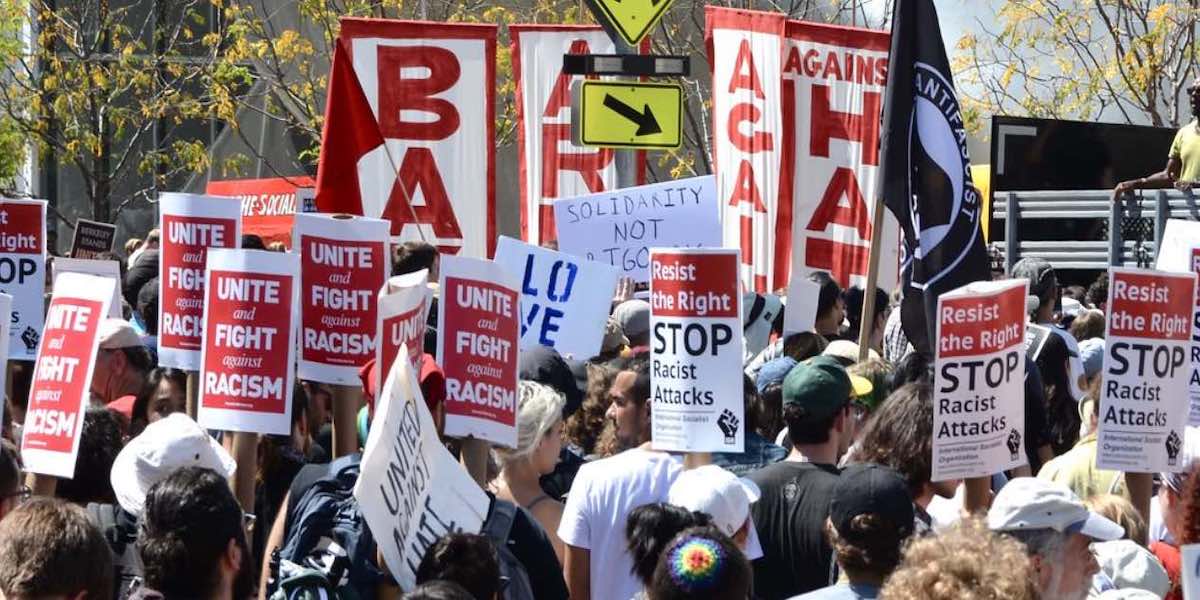 09 Aug 2019 American Leaders are Ignoring the Issues that are Fueling Racial Hatred and Violence, by Carol M. Swain

Passing new gun control laws and labeling President Trump a white nationalist who inspires acts of terrorism are a waste of time.

They will not address the root causes of the anger and disaffection that fueled recent acts of violence against racial, political and religious minorities. This issue is far more complicated than our leaders have grasped.

This is evidenced by the reckless accusations and misguided approaches many of them have made while sowing seeds of division. It is our leaders and their inability to lead that places our nation at its greatest risk, and we’re not just talking Donald Trump here.

Both political parties ignored the most important issues

In 2002, my book “The New White Nationalism in America: Its Challenge to Integration” was published by Cambridge Press. In it, I warned of unprecedented levels of racial and ethnic violence that awaited us because of the convergence of certain issues that would create a perfect storm for racial unrest.

These issues, largely ignored by clueless mainstream politicians of both parties, included liberal immigration policies that were rapidly changing the nation’s demographic makeup; reduced job opportunities for low-skilled, low-wage workers because of structural changes in the economy; anger over racial and ethnic preferences; and (indisputably) high black-on-white violent crime rates.

Contributing factors included the rapid growth of the internet (a big factor allowing like-minded people to find each other) and radical-movement literature written to inspire acts of violence.

Most surprising was how the language and rhetoric of multiculturalism and identity politics furnished the intellectual underpinnings for young whites to think in terms of white identity and white consciousness.

Salient to these young whites was the perceived unfairness of racial double standards that permeated campus life, where constant reminders of their privilege were hammered into them.  In such an environment, white anger and grievance have grown.

If there is an increase in violence from young whites, it is most likely a reaction to a society where political leaders seem hellbent on providing more opportunities to non-Americans than to legit U.S. citizens.

Political correctness run amok, and for what ultimate worthy purpose? America’s failure and reluctance to reform immigration – accompanied by the intolerance and marginalization of anyone who demands enforcement of the laws – creates a situation where some Americans are poised to strike out against perceived enemies.

White Americans face a new reality that generates fear and anxiety. Echoes of this can be seen in the El Paso shooter’s manifesto.

Princeton economists Anne Case and Angus Deaton have documented rising mortality rates among whites and  early deaths of whites from preventable causes such as drug abuse, alcoholism, and suicide. Deaths of despair is the language Case and Deaton adopted. Despair comes from a sense of hopelessness.

The mainstream media and leftist politicians are focused on white supremacists and white nationalism. It is an obsession, yet a ploy. Meanwhile, they ignore acts of violence committed by racial minorities, so nothing is done to solve or even acknowledge the problem.

Democrats in Washington exploit tragedies and engage in name-calling, without addressing the core problems that have nurtured racial hatred and mistrust not confined to one group of Americans.

If our leaders want to improve conditions in America, then they must begin to listen to the voices of the people and not use the suffering of any one group – and that includes working-class whites – as a means to score political points.

If we want to end violence and create a great society, we must give each other permission to speak.

Project 21 member Carol M. Swain, Ph.D., is an award-winning political scientist, former professor of political science and professor of law at Vanderbilt University and a lifetime member of the James Madison Society. This was originally published by The Tennessean.