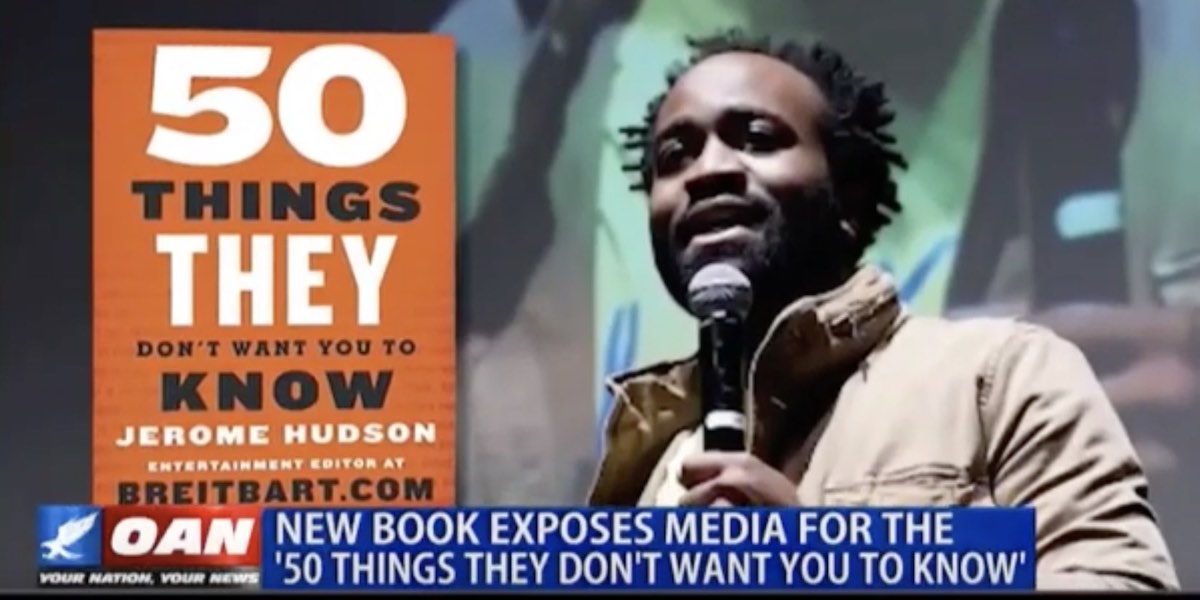 On the One America News Network, Project 21 member Jerome Hudson described how his new book – 50 Things They Don’t Want You to Know – allows for people to be “armed with the facts and armed with the truth” in a political environment where the media is not reporting everything people need to receive in order to have a balanced perspective.

What the media tells you and what they don’t report – politicians have been lying about – you take their word for it.

And, oftentimes, the truth is either hidden from you or they don’t tell you at all.

In 50 Things, Jerome reveals how almost all mass shootings occur in “gun-free zones,” how minorities were better represented in colleges and universities before affirmative action, how the minimum wage hurts job creation and how the United States has successfully reduced emissions in comparison to other countries without a carbon tax.

“The media won’t tell you this,” Jerome says.

Discussing why he wrote the book, he remarked to Kleinhenz:

What we see every day, unfortunately, is the media spinning up a web of lies. But webs have little holes in them.

What this book does is it gives people the facts and information to fill those gaps.

In my review of Jerome’s book, published by Breitbart, I wrote: “[A]s it gets closer to the holiday season, this book is something readers should also arm themselves with as they get ready for increasingly political Thanksgiving and Christmas family get-togethers.”

Speaking on OAN about how the book has the power to help change minds, Jerome added, “They’ll never look at these issues the same way.”