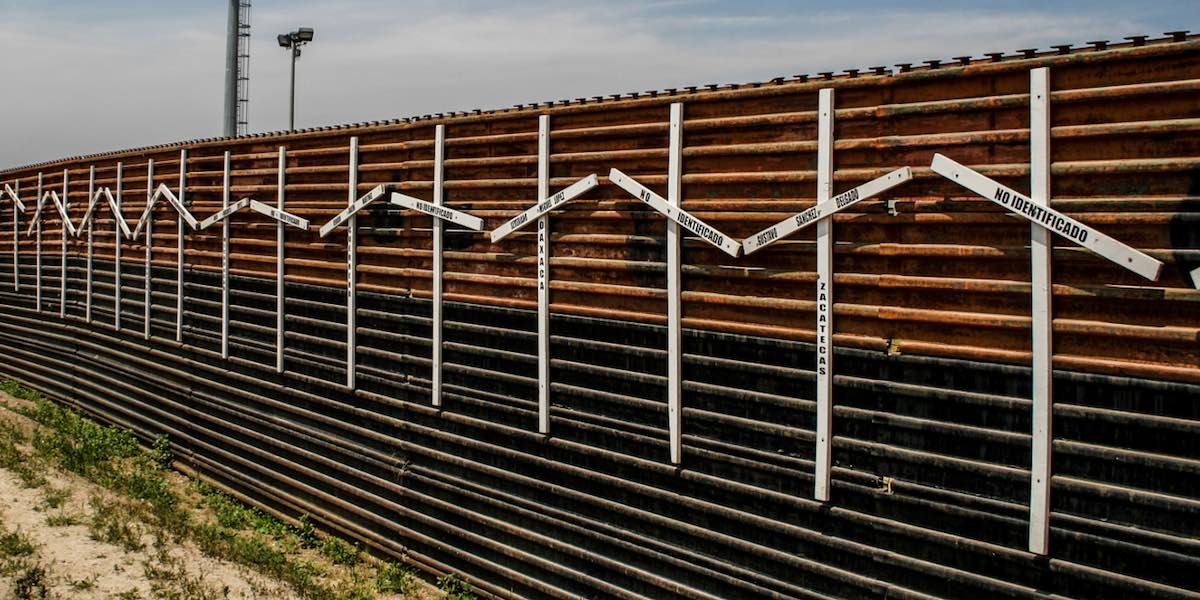 Trump has kept several of his most important campaign-trail promises

President Trump’s base cares about immigration more than any other issue.

Fifty-nine percent of Trump voters named “immigration” as a top-three issue in a recent Harvard/Harris poll. By comparison, just 35 percent listed “terrorism/national security” and only 29 percent said “the economy and jobs.”

If even a fraction of these voters feel Mr. Trump hasn’t delivered on the immigration reform promises he made in 2016, they may stay home in November — and cost him a second term.

So, how’s the president doing on his signature issue? Let’s take a look.

Mr. Trump has kept several of his most important campaign-trail promises.

While he did promise to end the Obama administration’s Deferred Action for Childhood Arrivals (DACA) program, which granted work permits and temporary legal status to 690,000 illegal aliens who came to the United States as minors, on “day one” of his presidency, he did attempt to do so nine months after taking office. Lower courts have temporarily blocked this rollback, but the U.S. Supreme Court will likely rule in the president’s favor this term.

Mr. Trump has also made considerable progress on his oft-promised border wall. His administration has built over 83 miles of barriers. More than 150 miles are under construction. And the president has even gotten Mexico to pay for it, at least in one sense. This past spring, he coerced Mexico into deploying thousands of troops — a human wall of soldiers and national guardsmen — to thwart illegal border crossings.

Candidate Trump pledged to ramp up detentions — and Commander in Chief Trump has stayed true to his word. On any given day, Immigration and Customs Enforcement holds about 50,000 illegal aliens in detention — the highest levels in U.S. history.

He’s also cracked down hard on asylum fraud. Last summer, his administration negotiated a de facto “safe third-country agreement” with Guatemala. Now, migrants passing through that Central American nation must seek asylum there first. The deal has stemmed the flow of fraudulent asylum-seekers from El Salvador and Honduras.

Additionally, the administration has forced tens of thousands of fraudulent asylum-seekers to remain in Mexico while awaiting court dates. Many have given up and returned home.

Altogether, these reforms have staunched the flow of illegal border crossers. In November, only 33,000 illegal aliens were apprehended at the southern border — a 75 percent drop from the decade-high of almost 133,000 set in May 2019.

But Mr. Trump’s record hasn’t been perfect — far from it. On the campaign trail, he vowed to reduce “record immigration [levels that] have produced lower wages and higher unemployment for our citizens.”

However, his latest proposed immigration overhaul — engineered by son-in-law Jared Kushner — would continue to admit more than 1 million new permanent residents each year under the premise that it is now a “skills-based” admission system — meaning the middle class will have to endure more competition for jobs while enduring wage stagnation that blue-collar workers have suffered for decades.

By maintaining the current, historically high influx of immigrants, the plan would continue to tilt the balance heavily in favor of employers. Companies wouldn’t feel any pressure to raise wages. According to Harvard economist George Borjas, when the number of workers in a particular labor pool — such as college graduates — rises 10 percent due to immigration, wages for American workers in that group drop more than 3 percent.

The president has also backed away from his earlier support for the Raise Act, sponsored by Sens. Tom Cotton, David Perdue and Josh Hawley. The legislation would cut legal immigration levels in half. It’s enormously popular — 73 percent of Republicans support the Raise Act’s reductions, according to a Politico/Morning Consult poll.

The free online tool enables companies to quickly check whether newly hired employees can legally work in the United States. Sen. Chuck Grassley’s Accountability Through Electronic Verification Act would require all employers to use the system. If signed into law, the legislation would eliminate the job magnet that draws so many illegal immigrants to the country.

Unfortunately, the president has been largely silent on E-Verify since praising it during his 2016 campaign.

Mr. Trump deserves immense credit for helping secure the border. But he has fallen short on some of his most important promises.

If Mr.  Trump wants to motivate his base and win a second term, he’ll need to fulfill his immigration pledges over the next eight months and continue to focus on what got him elected in the first place.

Project 21 member Stone Washington is currently studying in the Juris Master Program at the Emory University Law School. He can be reached on Twitter at @StoneWashingto2. This piece was originally published by The Washington Times.