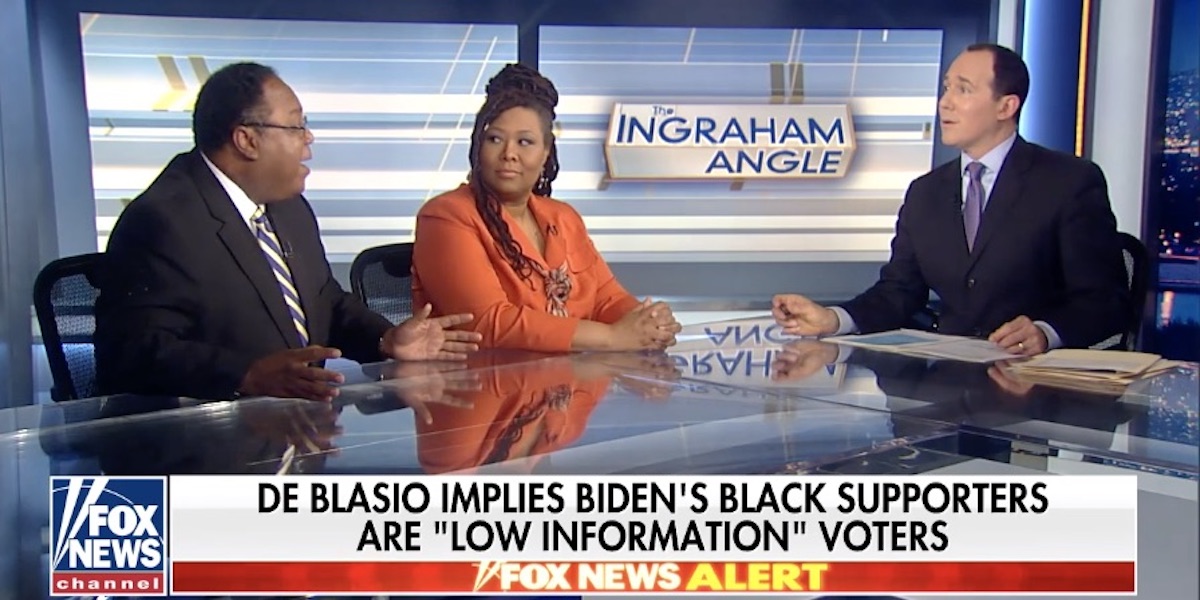 Producers at the Fox News Channel may have thought they were scheduling a debate, but the liberal panelist pitted against Project 21 Co-Chairman Horace Cooper on “The Ingraham Angle” actually ended up agreeing with him when it came to opinions about the intelligence of the black American voter.

Contrast that to New York City Mayor Bill De Blasio, who suggested that black voters aren’t supporting leftism right now because they only have “a certain amount of information”about the policies De Blasio is promoting.

The bottom line? “[B]lacks are tired of being at the back of the political bus,” Horace said. And fellow panelist Jamila Bey remarked, “he’s right.”

Horace added that the left has been taking advantage of blacks for a long time, and they really have no concerns about those who may actually be low-information voters. “That’s exactly been the plan for some time,” he noted.

The progressive movement has taken blacks for granted, and they assume they can get away with that.

Horace also noted that the situation is changing:

The real test is: What happens when people start seeing real improvement in their lives? How easy or how hard will it be to attract those kinds of voters?

What De Blasio does not seem to be factoring into his analysis is that black voters seem to be choosing to react to their bank accounts over liberal rhetoric:

Black Americans tend to have an overrepresentation of middle-class and working class people. And they don’t like these kinds of ideas. What you want to talk about are job creation, opportunities that are good for your family.

Again, Bey was not interested in rebutting what Horace said. Instead, she backed him up.

Predicting that blacks will “use their votes in ways that make sense to use them,” she said of Horace’s comments: