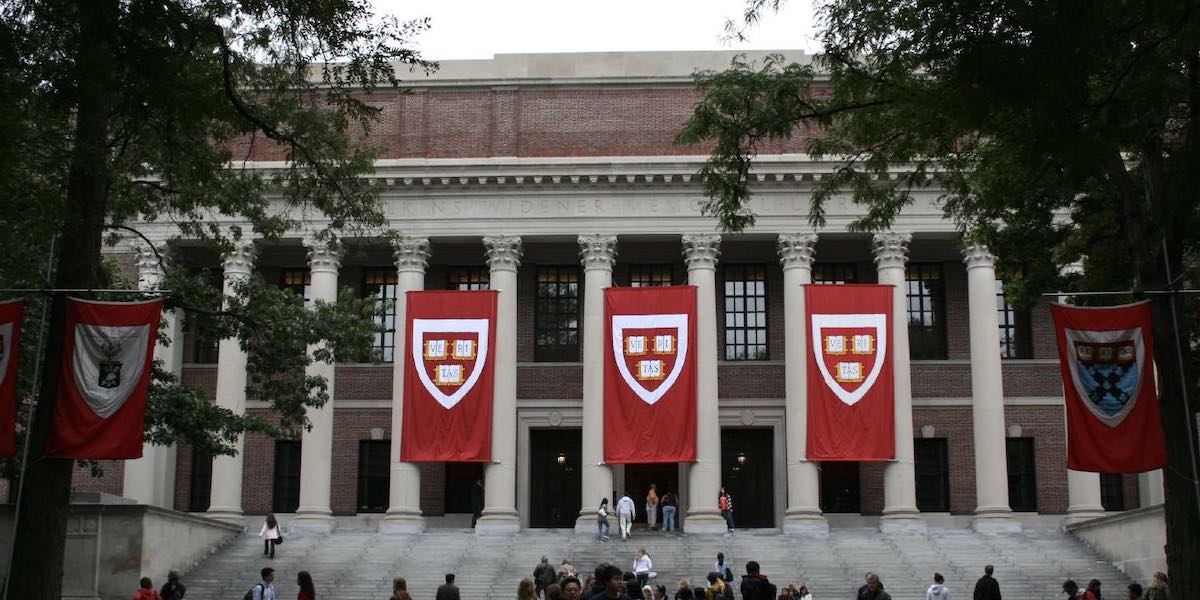 If people are allowed to leave their homes by June, the scolds at Harvard will be hosting a private, by-invitation-only conference examining the prospects for locking homeschoolers out of their in-house classrooms. Organizers are contending that parents teaching their own children pose “problems of educational deprivation and child maltreatment that too often occur under the guise of homeschooling.”

Project 21 member Rich Holt, who homeschools his two kids, begs to differ. And this black conservative is taking on their assumptions of inherent racism, sexism and religious extremism with his own experience and the simple, telling fact that even Harvard admissions officers understand the value of a good homeschooled student.

As first reported by the Daily Caller, Harvard Law School’s Child Advocacy Program (CAP) is set to play host to the “Homeschooling Summit: Politics, Problems and Prospects for Reform” on June 18 and 19. Under the guise of “child rights,” selected scholars will come to the private institution to hear from the likes of conference co-organizer Elizabeth Bartholet – a Harvard Law professor and director of the CAP.

Bartholet has decidedly negative opinions about parents who choose themselves over schools to teach their children. In a paper suggested as advance reading for summit attendees, she calls homeschooling a “threat… to children and society.” Homeschooling parents, she contends, “want to isolate their children,” “promote racial segregation and female subservience” and “keep their children from exposure to views that might enable choice about their future lives.”

Harvard Magazine, highlighting Bartholet’s work, also quoted her saying that she wants kids to “grow up exposed to community values, social values, democratic values, ideas about nondiscrimination and tolerance of other people’s viewpoints.” Parents apparently cannot be trusted to raise good citizens. But that’s not a stretch for someone who has suggested a “presumptive ban” on homeschooling.

And her very strong feelings are in spite of the fact that Harvard has sought out homeschoolers. Education expert Dr. Susan Berry told Alpha Omega in 2013 that “Schools such as Massachusetts Institute of Technology, Harvard, Stanford, and Duke University all actively recruit homeschoolers.” In a 2017 Harvard Crimson article, Harvard Dean of Freshmen Thomas A. Dingman said, “We’ve had lots of success with students who identify as homeschooled.”

At this time, it’s unclear if anyone from the Harvard admissions office will be attending the law school’s conference to offer a dissenting opinion on the value of homeschooling.

But Rich would like to offer one! Not only has he found success in learning, but he also says that his homeschooled kids are more independent in their thoughts and actions as a by-product of not being in a traditional classroom under the heavy hand of teachers. Rich says:

Leave it to a liberal to solve our nation’s educational woes by ending a private plan that’s working in favor of a public plan that isn’t.

Homeschoolers are sought after by major universities for a reason. They are more ready for college than their peers, better adaptable to the diversity on campus and excel in their studies. Homeschoolers are a national treasure. Their quality of education and upbringing make them among the most capable and talented students in the nation.

Only leftist demagogues like those in the Ivy League would seek to distance a family’s natural right to educate their young.  It’s only more ironic because Harvard is itself trying to admit homeschooling students, knowing these students are best prepared for the rigors of the workload at its university.

The sad reality is that these leftists don’t care about the education of America’s youth. They only care about what they get to put in their heads over years of mechanized schooling. Through 13 long years of indoctrination, the pupil is deprived of critical thinking. She is put into an environment where she is forced to face forward, be quiet and repeat what the teacher says she needs to know. If she whispers to a peer next to her – as children do – she is punished. If she asks a question, she’s told what to think. If she dares to challenge the assumption of the government agent, she is quickly ridiculed or punished.

To the liberal, might makes right. But, to the conservative – well, we punch the bully in the nose. And liberals just can’t have that kind of thinking in their oppressive utopian ideal.